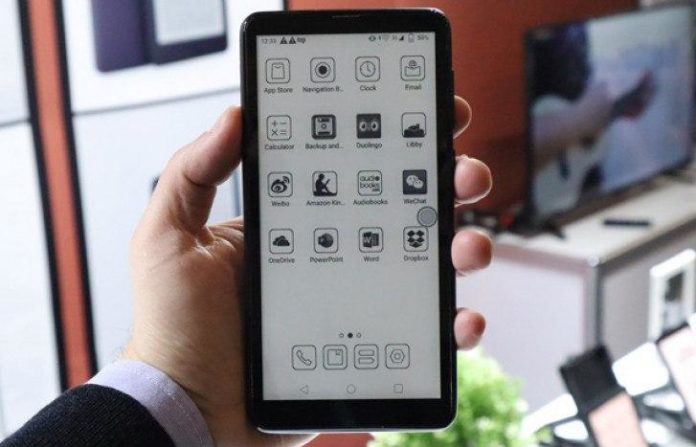 As every year, CES has seen groundbreaking innovations in e-ink phones this year. Hisense introduced the world’s first e-ink screen phone with color display, but there was another company working on e-ink phones. Onyx has come up with a new e-ink smartphone prototype at CES 2020.

This time the company came to CES 2020 with another e-ink smartphone prototype. Although the name or specifications of the device are not officially disclosed, some details about the phone have been shared by Notebook Italia. According to the information, Onyx’s new phone has a 5.8-inch e-ink display, an ARM-based 8-core processor, a fingerprint reader, a USB Type-C port and Wi-Fi / 4G / LTE / Bluetooth support.

The slow refresh rate is a major problem on smartphones with an e-ink display, so Onyx’s prototype has 4 different refresh rate modes. These; Normal Mode, Speed ​​Mode, A2 Mode and X Mode. On the software side, it is stated that Android 9.0 Pie, but it is not clear whether Google will issue Play Services certificate to such a device.

Onyx showed a prototype of an e-ink smartphone supported by Android a few years ago, which was later called Onyx E430. However, the production phase of the phone was extremely painful. Produced phones have become unusable on cellular networks due to the use of fake IMEI numbers. The distributors then withdrew the product from the market.

It is not yet known whether the new prototype will be produced in the future. However, it is a device that reflects the developments in e-ink displays.