Home Entertainment Only one thing can move faster than Superman (and that’s not The... 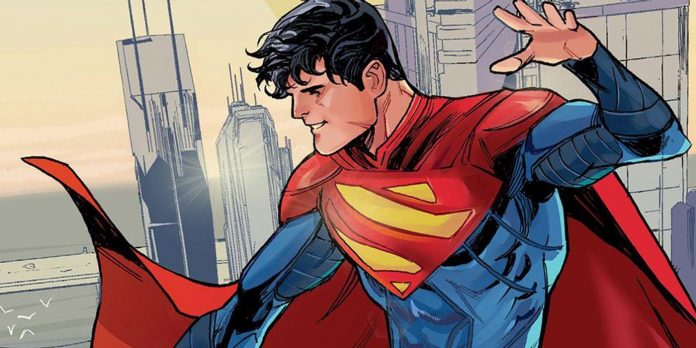 DC Superman is one of the fastest creatures on Earth, but even he has a hard time outrunning one element (and it’s not The Flash or any other speedster). Initially, the Man of Steel was “faster than a flying bullet” in the Golden Age of comics, but now he can fly from one country to another in a matter of seconds and deliver a series of blows to his enemies even before they know that he has joined the battle. . Nevertheless, Superman: Son of Kal-El #13 proves that the only thing that can surpass Superman in every competition is information and the fear that is associated with it.

Superman and Flash have competed against each other several times in comics since the Silver Age. Most races ended without a clear winner (usually due to the fact that the supervillain tried to destroy one or both participants), but recently Flash has become the undisputed master of speed. While Superman can travel around the world in minutes, Flash can do it in seconds — and can run faster than the speed of light, which allows him to travel through time.

In Superman: Son of Kal-El #13, written by Nicole Maines and Tom Taylor with art by Clayton Henry, Jay Nakamura (Superman’s boyfriend) manages to help defeat an evil senator who eventually became a puppet controlled by the evil President Bendix. Unfortunately, his mask is lost in the conflict, and the whole world knows that he has the power of impalpability. News networks waste no time denigrating the character, saying: “Wake up, sheep! Nakamura is the son of ex-President Gamorra!” Superman knows that the hatred will only increase: “I can’t protect him, not from that. I can’t move faster than information.”

Although this phrase is metaphorical — information must still be transmitted by physical means – Superman says he cannot protect Jay from misinformation. The Internet tends to emphasize negativity at every opportunity, especially when it comes to marginalized non-white groups. The latter does not escape readers; Jay Nakamura is an Asian gay man who is currently in a relationship with Superman, the most outstanding savior of the Earth, and there are many marginal groups that may even see Nakamura as a negative influence on their so—called All-American hero.

Superman, for all his powers, is just one person. He can’t protect Jay from all the inflammatory and damning articles in newspapers, blogs and talk shows, and he and Jay know it. In Tom Taylor’s work on Superman, the Man of Steel faced not so much monsters or physical threats as concepts, ideas and modern problems; he cannot solve these problems with his strength or speed, and this makes the current race even more interesting.

Stranger Things: the 10 most striking scenes from the Netflix series