Home Entertainment Only one member of the DC EU Justice League has a clear... 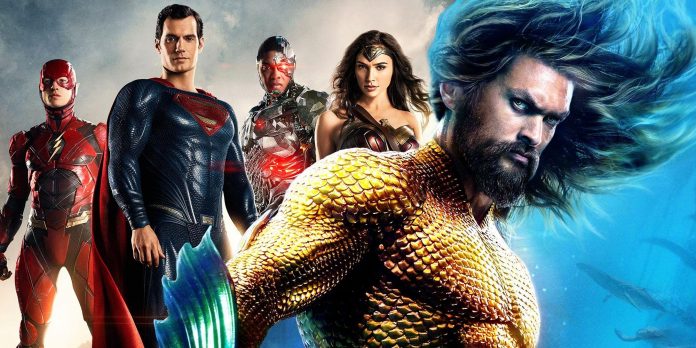 While the DC Justice League franchise is a huge pop culture icon, only one member of the team has a clear future in the very turbulent DCEU. Since its inception, the DCEU has been going through an identity crisis that persists and puts the DCEU in a very precarious position. This issue, along with several other issues, has seriously damaged the reputation of the main DCEU Justice League, spoiling the future of every member except one.

The powerful DCEU team, gathered for the first time in Justice League 2017, consists of Batman, Superman, Aquaman, Wonder Woman, Cyborg and Flash. All these heroes are extremely popular in themselves, so a joint film similar to The Avengers seemed like a sure success. However, the film failed with critics, and Justice League later faced accusations of insults, a fan campaign for the director’s version, and a complete change of direction of the DCEU. Unfortunately, this film was not the end of the problematic development of the DCEU, as mistake after mistake killed the future of almost every member of the Justice League.

By topic: It is confirmed that every Justice League hero exists in the DCEU

With the exception of one participant, the future of each hero in the original Justice League lineup is uncertain. Although it is confirmed that Ben Affleck will return as Batman in Aquaman and the Lost Kingdom, this is the only confirmed appearance of the character in the future. Since Ben Affleck is only one of three Batmen on the big screen right now (with Robert Pattinson and Michael Keaton both playing characters in future films), it could easily be cut in favor of a more successful iteration. Although “The Flash” is still due out next year, Barry Allen’s actor Ezra Miller is creating serious problems, and their behavior could lead to their departure from the DCEU. Cyborg actor Ray Fisher is the one who spearheaded many of the aforementioned Justice League charges, sparking a feud and making his return to the DCEU unlikely. “Wonder Woman 3” is still out, but production is slow, which gives Warner Bros time to make changes. Finally, no one knows what is going on with Henry Cavill’s Superman and whether he will ever return. So, although he’s been the butt of jokes for a long time, only one Justice League member has a definite future: Jason Momoa’s Aquaman.

Aquaman and the Lost Kingdom is one of the most upcoming DCEU films, and its release seems almost certain. Unlike the lead actor of The Flash, Jason Momoa does not cause the studio any problems and seems to want to reprise the role. “Aquaman” of 2018 is actually the highest-grossing DCEU film, which gives Warner Bros. an incentive to continue filming these water adventures. While many laughed at the idea of turning one of DC’s silliest characters into a tough and edgy hero, Aquaman surprisingly turned out to be the only Justice League member with the most certain DCEU future.

While the future of Batman, Superman, Wonder Woman, Cyborg and The Flash hangs in the air, Jason Momoa’s Aquaman is the only character not in hot spots. Since its inception, the composition of the DCEU Justice League has been problematic, and they have never been able to completely fix it. Therefore, surprisingly, Aquaman is the only member of the Justice League with a clear DCEU future.