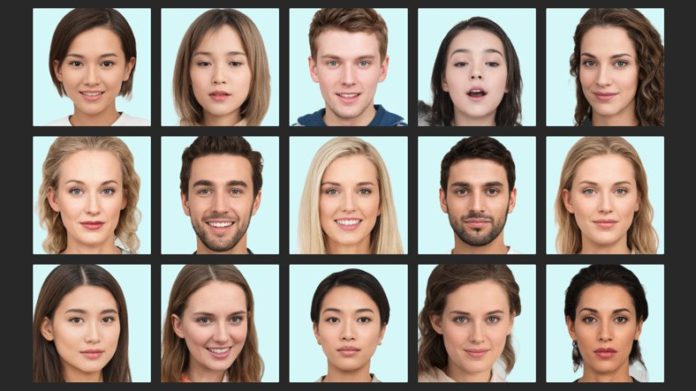 As a result of the combination of artificial intelligence software with machine learning, we have already seen the skills to produce unreal human faces. Now a company has opened the world’s first fake human photos library using the breakthrough. The people in the library seem to be one of us, but they are not real.

Many attempts have been made in a manner similar to Nvidia’s artificial intelligence software that produced human faces that were not really. We’ve seen many examples, such as DeepFake, which allows political leaders to assemble their faces into conversations they don’t actually make, and DeepNude, which makes people’s photos nude. Now a company has transformed what we have seen before into a commercial model.

There are 2 million fake people photos in the online photo library called Generated Photos:
Moreover, all these photos are for sale. You can enter the library and buy the image you want with photo realism with a blank, white or any color background. Of course, you do not invest in printing these images and hanging them on the wall. If you are an advertising agency in advertisement films, posters or social media posts; If you are an application developer, you use it within the application.

Using photographs that are difficult to distinguish from reality rather than using real people photos means not violating your personal rights. Of course, it can be understood from the library that the photos in the library are not real. However, we need to remember that this system is open to development. In addition, images are produced to meet people who are unaware that they are fake. For this reason, you should be more skeptical about the friendship requests that come while standing on social media 🙂

You can download low-resolution images by going to the Generated Photos library for free. Also, if you are going to use professional and institutional use, you need to pay $ 2.99 per image. In fact, if you don’t want the images you use to be taken over by someone else, you can pay for $ 8.97 to delete the image you downloaded from the library. You can have unlimited usage with 29 dollars a month.

No one can guarantee that such services will not be abused in the age of information pollution and false news. Perhaps some of the trolls that we encounter on social media will be accounts with fake and unique photos that are completely managed by artificial intelligence. Maybe it’s already …