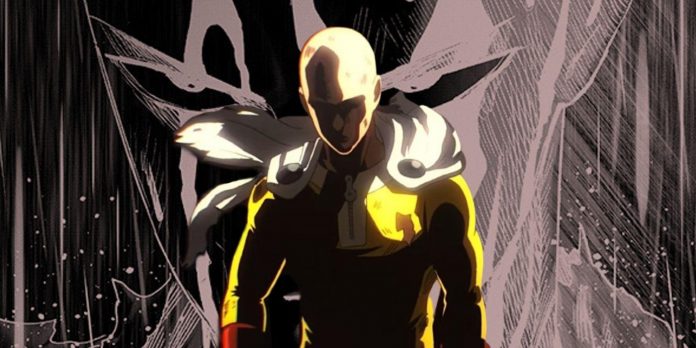 Warning: Contains spoilers for Chapter 166 of One Punch Man.

The main character of One-Punch Man, Saitama, has just admitted that he is not really a hero. Despite being the most powerful member of the Heroes Association, Saitama has always maintained that he is just a “hobby hero”, even if this has often been refuted by the strong sense of justice he displays at the most critical moments. However, faced with the greatest setback in the best chapter of the One Punch Man story, Saitama must finally admit that he doesn’t really have what it takes to become a hero.

Saitama stands out as such a memorable character in the senen manga landscape because he never looks or feels committed to what he does. Saitama has saved the Earth and his fellow heroes many times (even if only a few know about it), and yet he often claims that he does it not to follow some heroic aspirations, but because he is bored and has nothing to do. . Saitama’s aloofness and lack of interest in what is happening around him are part of his charm, but the most recent events in the series created by One and Yusuke Murata have changed the situation forever.

Link: Saitama from One Punch Man has finally found a rival in strength (literally)

Saitama’s latest opponent is Garu, a martial artist who hates heroes and wants to follow his own vision of justice by becoming the world’s scariest villain. Garou can evolve several times and become stronger before receiving a huge increase in power from God, a mysterious evil being who manipulates people by giving them powers. The new Garou form is strong enough to defeat even Saitama, and when the bald hero returns to the battlefield in chapter 166, he is faced with a terrible scene. Garu has just killed Genos, Saitama’s best friend and self-proclaimed disciple, just because he wants to draw out Saitama’s real power. Faced with this, Saitama has to admit that he lacks one of the most important qualities to be a hero, what he calls “heroic intuition.” He recalls a conversation with Genos, where Saitama admits, “I’m usually too late…”

Saitama usually appears when everyone else is defeated or about to be killed, because that’s how Wanpanchmen works. Saitama is too strong, so in order to give readers exciting battles with an uncertain outcome, most of the time other heroes come on stage. It is only when the odds seem insurmountable that Saitama appears and usually finishes the case with one blow. This is the formula that made this manga work, however this chapter shows its dark side. Since Saitama is always late, the other heroes have to suffer and risk their lives. What happens if this time he really arrives too late to save everyone?

Time is an important quality for heroes. Saitama’s memories of that brief conversation with Genos perfectly show how wrong his approach to the hero is. Because of his careless attitude, people close to him suffer, and Genos pays the highest price. It is also very interesting that in their battle in the webcomic One-Punch Man, Saitama psychologically crushes Garu when he loudly declares that he is a “hobby hero”, and yet his motivation is still stronger than that which drives the Hero Hunter. Instead, in the manga, Garu severely punishes exactly this attitude of the protagonist. This is a cathartic moment for Saitama, who is finally forced to get serious, forever changing the future of the Wanpanchman.

Britney Spears debuted with a fresh haircut, celebrating moving into a...