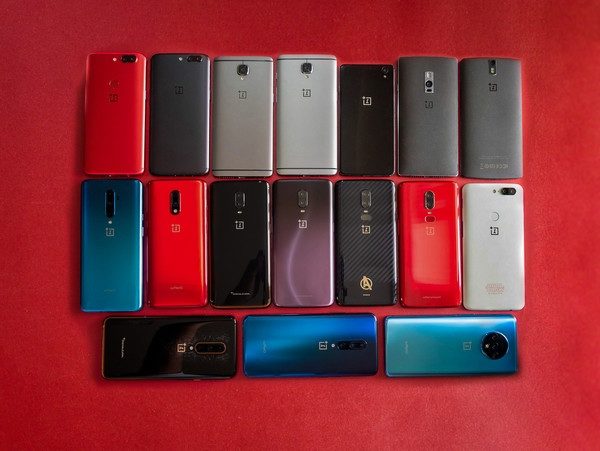 China-based smartphone manufacturer, which is preparing to introduce the OnePlus 8 series on April 16, continues its work on updating. In this context, a new update came to the existing OnePlus smartphones. Those who use OnePlus’s 4G and 5G models with the Android 10 operating system have the opportunity to download the update with an improved user interface.

China-based technology giant OnePlus has brought updates for a better user experience. The update in version 4.4 for Android 10 users contains important changes in the user interface, especially the section with the most recently used applications. The update moves the icons of open apps from the top to the bottom of the page.

New update from OnePlus:
According to Reddit users, the update brought the “Close Applications” button and the three-dot menu was removed. Instead, when an application is pressed, the options available in the menu appear. OnePlus users will no longer need to do digital gymnastics to perform certain tasks in the “Recents” menu.

The update also offers speed, stability and customizability. This launcher makes it easy to adapt the home screen to your needs. In addition to customizable off-screen gestures, several hidden screen gestures have been added for quick access to notifications and search functions. In addition, favorite widgets can be added with quick and easy access.

The new update has improved the user interface:
The new update brought by OnePlus gained the appreciation of users in the first place. It was stated that the “Recently Used” menu was easier to use and the new interface gained a better view. The update will work on all OnePlus devices with the Android 10 operating system.

See Also
OnePlus Announces the Name of the Device to be Announced at CES 2020: Concept One

However, OnePlus users have expressed a lack of horizontal layout support. Especially OnePlus 7T users with a 6.7-inch screen say that this feature should be added to the new update. Because when the users exit the landscape in an horizontal order, it means that the launcher remains in the horizontal position for a short time before switching to the portrait dimension.

Galaxy S21 leaked in all details before launch