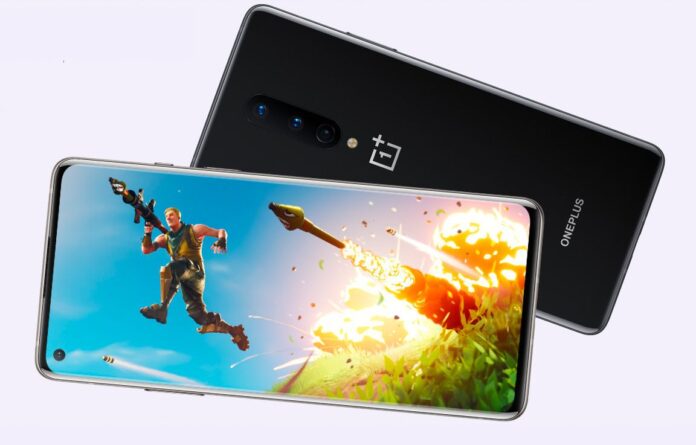 China-based smartphone maker OnePlus has partnered with Epic Games to experience the 90 FPS Fortnite on the OnePlus 8 series. As a result of the cooperation of the two companies, it became possible to play Fortnite at 90 FPS on a platform other than PC.

OnePlus, which has gained great popularity with its price / performance devices, introduced the new flagship series OnePlus 8 family recently after months of leaks and claims. Smartphones, which have become the favorite of mobile players with 120 Hz screen refresh rate and Snapdragon 865 chipset, can now run Fortnite at 90 FPS.

The Chinese company, which announced the news that pleased mobile players from its official Twitter account, stated that they cooperated with Epic Games to offer 90 FPS Fortnite experience in the OnePlus 8 series. Other flagship smartphones on the market can run Fortnite at a maximum of 60 FPS, just like console versions. This means that Fortnite can be played with 90 FPS on a platform for the first time outside of the PC.

OnePlus 8 series devices are able to run Fortnite at 90 FPS at ‘low’ settings:

The 90 FPS Fortnite experience on mobile devices may sound pretty good, but it should be noted that this only applies to ‘low’ graphics settings. In other words, we can say that players who want to play Fortnite 90 FPS on OnePlus 8 devices should make some compromise on visual quality. Still, OnePlus 8 and 8 Pro owners who want to play Fortnite in high graphics settings can still play the game smoothly at 60 FPS.

In addition to collaboration with Epic Games, Chinese technology giant OnePlus adds the game to the Game Space app, making it faster for users to download. Thus, Fortnite, which has recently swept the gaming industry, has become fully compatible with the OnePlus 8 series smartphones.

It is not known whether this performance boost will come to other Android phones or iOS devices. On the other hand, to see if OnePlus 8 and 8 Pro is actually running Fortnite at 90 FPS, we need to wait for feedback from users.