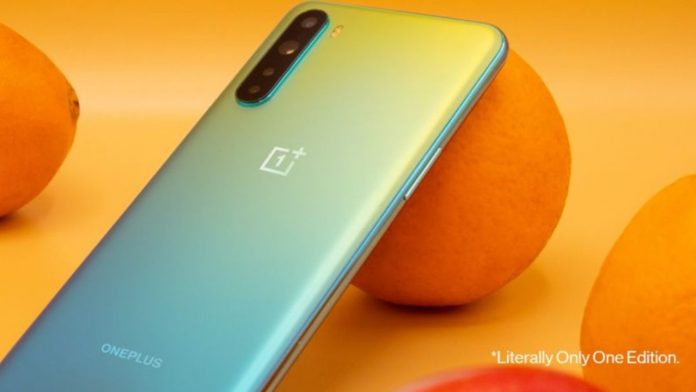 While the introduced OnePlus Nord LE model was on the agenda in a short time, it was a matter of curiosity why the smartphone was produced one. The details of the device, which was announced with the slogan “Literally Only One Edition”, emerged shortly after.

OnePlus Nord LE will be given as a gift

The Chinese company will not sell the smartphone. Rather, the smartphone will go as a gift to a lucky person. If you want to win the OnePlus Nord LE model, you can access the details on the Oneplus site.

The smartphone basically has the same features as the OnePlus Nord model. However, there are some differences, including its design. The smartphone has a design that can be yellow or blue, depending on the angle you hold on the back. Also, it should be noted that the special version of the smartphone does not receive very good feedback from users.

The device has an AMOLED display that offers a 6.44-inch Full HD + screen resolution. Offering a 90Hz screen refresh rate, the device has two selfie cameras positioned on the front left.

Powered by the Snapdragon 765G processor, the device comes with 12 GB of RAM and 128 GB of storage. It should also be noted that the device uses the Android 11 operating system.

The smartphone has a quad camera setup on the back. These cameras are positioned as 48 Megapixel main camera + 8 Megapixel ultra wide angle + 5 Megapixel + 2 Megapixel. On the front, there are two cameras, 32 Megapixels and 8 Megapixels, positioned for high and wide-angle selfies.

OnePlus Nord LE comes with a fingerprint reader embedded in the screen. It should also be noted that the device is powered by a 4.115 mAh battery with 30W fast charging support.