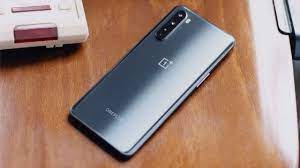 OnePlus Nord 2 is one of the most talked about phones of recent times. Confirmed information about OnePlus Nord 2 is also increasing. After the processor of the smartphone was confirmed, the official launch date was also announced.

The company’s CEO, Pete Lau, stated in his article published on OnePlus’ official forum that OnePlus Nord 2 will be unveiled on July 22. The smartphone will most likely launch in Europe and India on this date.

Many important details about OnePlus Nord 2 are already known. OnePlus, which has been working with Qualcomm for smartphone processors until now, will switch to MediaTek with Nord 2. At the heart of the phone will be the Dimensity 1200 AI processor developed by the two companies. The processor in question promises more advanced artificial intelligence performance compared to the standard Dimensity 1200, as the name suggests.

A 6.43-inch Full HD + AMOLED screen with a 90 Hz refresh rate, 8 or 12 GB of RAM, 128 or 256 GB of storage are among the phone’s features. The triple rear camera system is expected to consist of a 50-megapixel main camera, an 8-megapixel ultra-wide-angle sensor and a 2-megapixel sensor.

OnePlus Nord 2 will most likely come with a 32-megapixel front camera. The fingerprint scanner of the phone is also expected to be placed inside the screen.