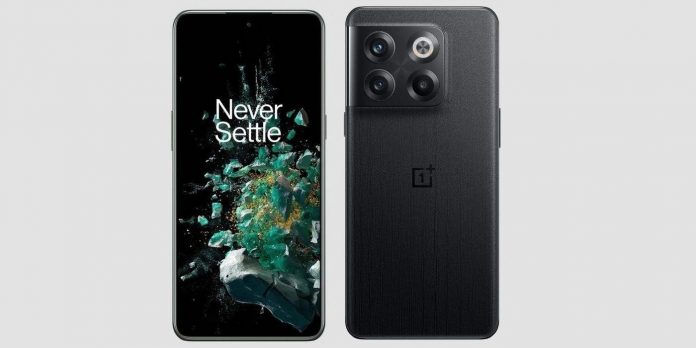 OnePlus explained why there is no warning slider in OnePlus 10T. Last week, OnePlus announced that its next flagship smartphone, the OnePlus 10T, will be unveiled on August 3 at a personal event in New York. It has been confirmed that the device will be launched in the US, UK and India, but will probably be available for purchase in most other traditional OnePlus markets as well. It will be a sequel to the OnePlus 10 Pro released earlier this year.

The OnePlus 10T will be the company’s first T-series phone in two years. The last phone with the letter “T” that the company released was the OnePlus 8T in 2020, since there was no OnePlus 9T in 2021. Although several interesting facts about the OnePlus 10T have become known from the many leaks over the past few weeks, OnePlus has also officially confirmed some important technical specifications, leaving very little room for imagination.

OnePlus has released several official renderings of its future OnePlus 10T, revealing many important design elements. However, one of the disappointing things about the device is the lack of a warning slider, which has long been an indispensable asset in OnePlus flagships. Speaking to The Verge about the controversial design choice, OnePlus chief designer Hope Liu said it was necessary to eliminate the warning slider in order to accommodate some other components without making the device thicker. According to Liu, some of the benefits of abandoning the slider will include high-power charging, a larger battery capacity and a better antenna signal.

The warning slider was a favorite feature

While OnePlus has provided an explanation for the rejection of the warning slider from the OnePlus 10T, the solution is unlikely to appeal to the OnePlus faithful. The alert slider has long been a favorite part of OnePlus smartphones, offering an easy way to put devices into silent and vibration mode without having to unlock them and view on-screen menus. However, this omission was somewhat expected, as leaked renderings over the past month showed a clear absence of the warning slider on the OnePlus 10T. This feature was also missing from the India-exclusive OnePlus 10R, suggesting that the company has been preparing to abandon this feature for some time.

Aside from the missing warning slider, the OnePlus 10T promises to be a pretty decent phone. According to a combination of official announcements and leaked reports, the device will be equipped with a Snapdragon 8+ Gen 1 SoC and will be equipped with a 6.7-inch AMOLED display with a resolution of FHD+ and a refresh rate of 120 Hz. It is also reported that it will have up to 16 GB of RAM and 512 GB of internal memory. The company has already confirmed that it will come with a 50-megapixel main camera, and the other two lenses as part of the triple camera at the back will be a 16-megapixel ultra-wide-angle camera and a 2-megapixel macro camera. camera. The OnePlus 10T is expected to come with a 4800 mAh battery with support for 150W fast wired charging.