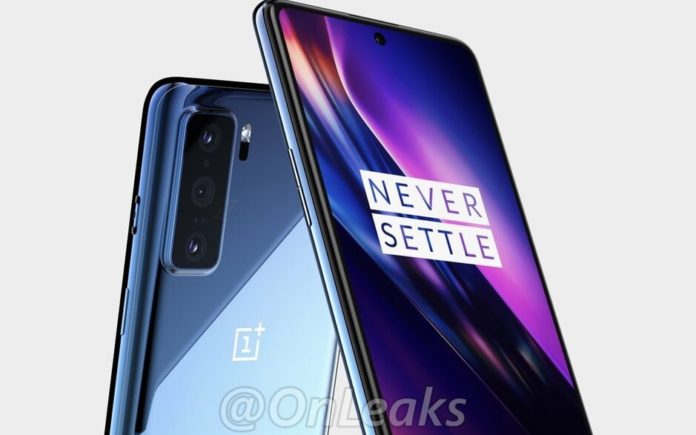 OnePlus, which had produced very successful devices in the past years and made a separate serial initiative called OnePlus X in 2015, could not achieve what it wanted at that time. According to the latest information, OnePlus is now ready to produce a new series, and this series will be called OnePlus Z.

OnePlus, which has become one of the most remarkable brands with the smartphones it produces, is currently working on a smartphone called OnePlus 8 Lite. This smartphone, which is expected to become a new member of the OnePlus 8 series, may be the beginning of a new series according to the latest information. As is known, OnePlus previously made an attempt called OnePlus X series but could not get what it expects from this series.

OnePlus Z’s sales price will be around $ 450:
The OnePlus Z, which will not be a flagship, is expected to go on sale for around $ 450 (tax-free 2.900 TL). This means that another competitor will come to Google Pixel 4a XL and iPhone 9, which will be released in similar periods. Of course, this price policy can significantly affect the sales of the OnePlus 7T, which is sold for $ 600 (tax-free $ 3,875). There is no explanation from OnePlus about when the smartphone will be introduced yet, but the expectations are that the phone will be introduced in early July.

The OnePlus Z, which will come with a 6.4-inch AMOLED display, is claimed to be produced using the perforated screen design. This means that there will be no notches on the device. The 90 Hz screen refresh rate is also one of the features expected from OnePlus Z.

The device, which is expected to have a 48 MP + 16 MP + 12 MP rear camera setup, may come with 5G support. Of course, OnePlus’s chipset selection will determine this. The phone, which will have 8 GB of RAM and 128 GB of internal storage, may have another variant with 256 GB of internal storage. Finally, let’s add that the phone, which will be powered by a 4,000 mAh battery, will support OnePlus’s Warp Charge 30 T 30 W fast charging technology.