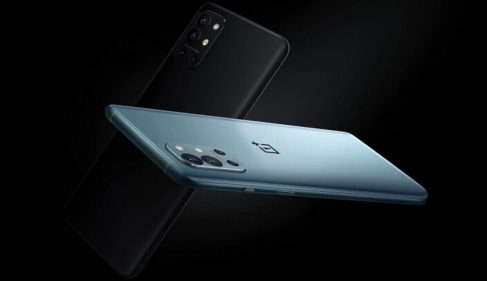 OnePlus’ product family expanded with the Nord series devices released last year. The company has now introduced a new smartphone located between the Nord series and flagship phones. This phone, named OnePlus 9R, will initially be released only in India.

At the heart of the OnePlus 9R is the Qualcomm Snapdragon 870 processor. In essence, the phone, which can be defined as “2021 model OnePlus 8T”, has updated components in accordance with this year.

OnePlus 9R has a 6.55-inch Fluid AMOLED display. This screen with Full HD + resolution has HDR10 + certification. 120 Hz refresh rate and 240 Hz touch sampling rate are also among the features of the screen. It is also worth noting that the display panel is flat.

In the OnePlus 9R, the 48 megapixel resolution camera is the main camera. A 16 megapixel ultra wide angle camera, 5 megapixel macro camera and 2 megapixel monochrome sensor complete the system. 4K 60 fps video can be recorded with the phone. The camera system of the phone, which has the Video Portrait feature, has both optical and electronic image stabilization.

OnePlus positions the 9R as a gaming phone. The Qualcomm Snapdragon 870 processor draws a stronger profile compared to other processors found in mid-segment devices. This processor is kept cool by a steam circle.

A 4500 mAh battery provides the energy that the smartphone needs. This battery has 65W Warp Charge fast charging feature. It should be noted that OnePlus did not separate the 9R from the OnePlus 9 and 9 Pro at this point. However, the phone does not have wireless charging feature.

How much will I have to pay for the OnePlus 9R?

According to the information given by OnePlus, a 15-minute charge is enough for the phone to take out the whole day. It only takes 39 minutes for a full charge. 3.5 mm on the phone with stereo speakers and Dolby Atmos support. headphone jack will be available.