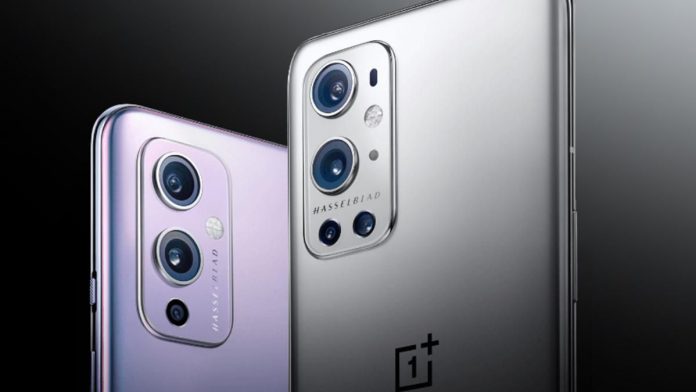 OnePlus: We thoroughly tested the most powerful version of the new range of OnePlus phones, which takes steps to the front on screen OnePlus is one of the brands that has been going strong in recent times when it comes to mobile devices for gaming. The brand wanted to stand out a while ago for the possibility of offering, exclusively, the Fortnite game at 90 frames per second. The result was a notorious fluidity, but at the cost of much more modest graphics. The following year, the brand’s bet improved the overall performance with the hertz as a big claim. And now, in the middle of 2021 and with many games with 90 and 120hz as a claim, OnePlus returns with a couple of smartphones with many virtues, but also focusing on the best gaming experience. And that is precisely what we are going to focus on in this analysis.

The first thing is to talk about some of the most outstanding technical specifications of the device. In our case we have been testing the Pro version with 12 gigabytes of RAM, the most powerful of all that the brand has launched. And we find a mobile of 163.2 x 73.6 x 8.7 mm and 197 grams of weight, standing out above all the 6.7-inch AMOLED LTPO screen, 20.1: 9 ratio and QHD resolution of 3216x144p. 10-bit color, SRGB, Display P3 and a refresh rate that is automatically calibrated up to 120hz according to what is displayed on the screen. The screen is among the large screens that we can find in the Galaxy S21 Ultra or the iPhone 12 Pro Max, with the weight being significantly better than the two mentioned.

The highlight of what this OnePlus 9 Pro offers us is that LTPO technology allows us to have a variable hertz rate adapted to each content, something that, according to the company, reduces battery consumption by 50%. Compared to the two previous devices, we can say that yes, the battery consumption is less fast when we play demanding titles during long sessions, although it is also true that its duration (it has a capacity of 4500mAh) is standard and below some models of the same range.

But here, what is really remarkable is the performance of the screen, which stands out in its own light thanks to the brightness that can be applied to it, as well as the three color modes, the intense one due to their management and strength. But above all, the screen stands out for the fluidity to which absolutely everything moves when we play at a refresh rate of 90 or 120hz. If we don’t want to use the variable rate, we can set the normal mode to 60hz.

Given all this deployment, our tests could not have been more satisfactory with this device. We have been testing some games adapted to 120hz, Gear.Club being the first of them: a title that looks very good on the OnePlus 9 Pro screen -who was going to tell us that we would have this graphic quality on mobile phones a few years ago- and that It stands out above all for the fluidity and smoothness in the movements, turns and others. Not long ago we talked about this in Dirt 5’s 120fps mode on new generation consoles, and this same feeling is transferred to mobile devices while maintaining high graphic quality, something that penalized a couple of years ago in other games.

Later we went to Modern Ops by Gameloft, which has four levels of graphic quality and three of framerate, as well as an expandable FOV up to 60. In this title, at Ultra quality and a refresh rate of 120fps, the game was at perfection, without any problem, smooth as silk and showing an enviable graphic quality that is worth noting. Important is the fact that despite playing at this refresh rate, the device holds up well at the temperature level, one of the problems of the OnePlus 8 at the time.

One of the surprises we take with Modern Combat Versus. When we started it, we realized that the game did not work as smoothly as we had been enjoying other similar games, thinking that it might not be fully optimized. The reality is that the default tutorial is played at 30fps, and the title allows you to unlock the refresh rate to reach 120hz. The experience, within two minutes of each other, changes radically. Other tested games such as Rayman Adventures or Oceanhorn also gain in fluidity without losing graphic quality, making them even more recommendable games with this performance.

Beyond the performance that we can find in games that lend themselves to it, the mobile device in question stands out for the large number of customization options designed so that the game does not have interruptions. Among the available parameters we can ask that calls be answered from the loudspeaker if we are playing, avoid that an accidental touch in a notification takes us out of the game and improvements in performance: the optimization of graphics allows to improve elements such as shadows, for example , something that making comparisons at the moment already leaves details -not decisive or essential- of the difference.

Something that has surprised us is the presence of the improved tactile response for compatible games, a kind of super sensitivity active precisely to be able to better control the shooting power, the speed at which we run and other movements. All this we have only been able to test in Call of Duty Mobile, since there are not many games that are adapted to these characteristics. A function that if it is gaining followers will allow you to customize and improve touch controls in games.