OnePlus, which has just entered the wearable device market with its latest launch, OnePlus Band, is heating up the engines to present OnePlus 9, its next top of the line.

But in addition to it, the Chinese should also make official a more modest version there Xiaomi and Samsung, which would be called OnePlus 9 Lite.

New leaked information suggests some interesting details about this variant, for example, the presence of a top-of-the-line processor, 5G support and more.

According to information published by the TechDroider portal, the upcoming launch of OnePlus will reach the market in two variants, one for the Chinese market and the other for the Indian market, identified by the codes LE2100 and LE2101).

Among the expected features we have the presence of the Snapdragon 865, which would be able to deliver not only 5G support but also an interesting performance, without being as expensive as the Snapdragon 888, which should be reserved for the most expensive model.

Regarding the screen, we can expect in the Lite an AMOLED panel with an update rate of at least 90 Hz, as well as the presence of fast charging of at least 30W and Android 11 pre-installed at the factory.

Compared to the more expensive variants of the OnePlus 9 line, the Lite should also suffer cost cuts in relation to the hardware used for the cameras, and it may even be that the Chinese one leaves aside the IP68 certification.

We still don’t know if the OnePlus 9 Lite will be sold in other markets outside Asia (such as North America and Europe), however, it would definitely be a great option for the premium intermediary category, which each year becomes more competitive. 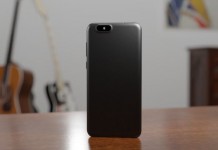 NES ‘Ninja Gaiden has been reset without player damage