Home Tech OnePlus 8 Pro Introduced With The Potential To Be The New King... 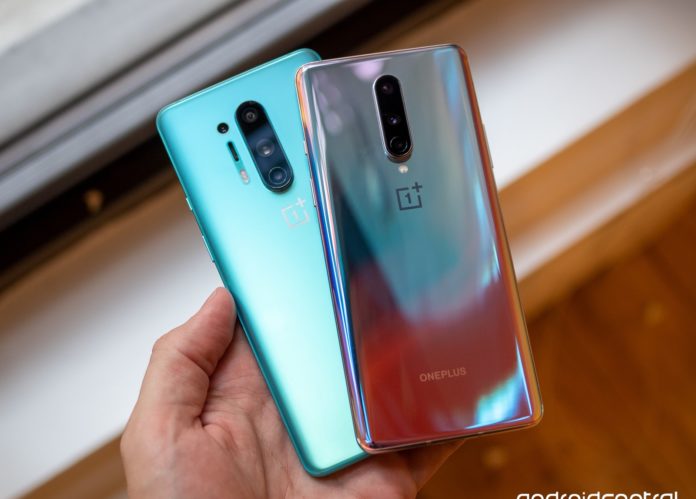 China-based smartphone maker OnePlus introduced the highly anticipated new flagship phone OnePlus 8 Pro. With the 120 Hz display and Snapdragon 865 chipset, you can access the features and price of the device that attracts attention.

OnePlus, which has gained great popularity with its price / performance devices, has finally introduced its 2020 flagship series today after months of leaks and claims. The company’s new flagship series consists of two different devices, OnePlus 8 and OnePlus 8 Pro. The device we will discuss in this article will be the most powerful device of the company, OnePlus 8 Pro.

The OnePlus 8 Pro, which is expected to be the new king of the Android front, is powered by the most powerful chipset Snapdragon 865, as expected. However, the remarkable features of the device include the 120 Hz screen refresh rate. The company used the 90 Hz screen refresh rate on OnePlus 7 Pro, the flagship of the previous year.

OnePlus 8 Pro screen:
As we mentioned above on a 6.78-inch QHD + screen, the OnePlus 8 Pro, which has 120 Hz screen refresh technology, thus offers a much smoother experience in terms of animation, scrolling and general use. However, the device has sensors added to the front and back of the screen for enhanced automatic brightness.

OnePlus 8 Pro hardware:
The China-based company, which has made major changes in camera and screen, has made some innovations that will not upset its customers in terms of hardware. At this point, the device is powered by the Snapdragon 865 chipset and includes upgradeable LPDDR5 RAM up to 12 GB and UFS 3.0 storage space up to 256 GB. The phone also promises dust resistance and can work under 1.5 meters of water for up to 30 minutes with IP68 certification.

OnePlus 8 Pro battery:
OnePlus 8 Pro also brings significant innovations in the battery section. At this point, it is claimed that the 4.510 mAh battery in the device can charge up to 60% in just 30 minutes. In addition, the smartphone, which supports the 30W ‘Warp Charge’ wireless charging, can charge up to 50% in 30 minutes with wireless charging.

OnePlus 8 Pro price and release date:
Sales of the OnePlus 8 Pro will start in the USA starting April 29, 2020. On the other hand, European sales are expected to start on April 21. At this point, the announced sales prices of the devices are as follows: