Home Tech The OnePlus 8 Family Will Be Announced Officially 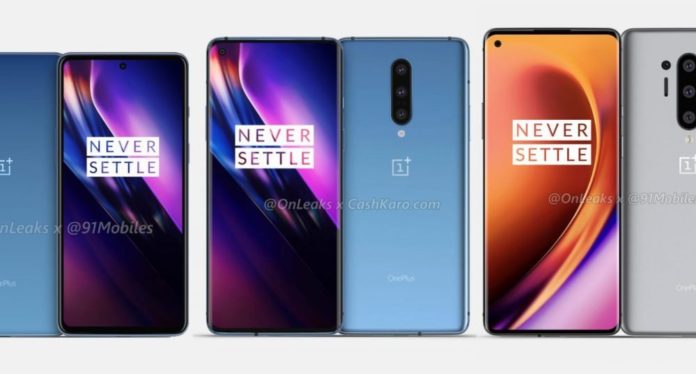 There has been a new development in the new smartphone series OnePlus 8, which is known to be working on by China-based smartphone manufacturer OnePlus for a while. The company’s CEO announced the launch date of the phones.

Ishaan Agarwal stated that after catching a website’s release date of OnePlus 8 series as April 14, he also caught clues about April 14. The release date of the device, which OnePlus has named as OnePlus 8 Pro and has been rumored for a long time, has been officially announced.

OnePlus founder and CEO Pete Lau announced on the official Twitter page that the device will be officially introduced on April 14. In her message, Lau said, “# OnePlus8Series is coming. April 14 ”. The 10-second video on OnePlus’s YouTube page shows that the phone has a slim case.

Here is the short introduction video published by OnePlus:

The launch of the OnePlus 8 series will take place at an online event. In the introduction on April 14, we will see two possible phones strongly; these will be OnePlus 8 and OnePlus 8 Pro. The latest leaked information marks an installation for the OnePlus 8 Pro as 2 48 MP sensors, 3x optical zoom module and 5 MP fourth camera.

According to previously revealed information, OnePlus 8 Pro, the most powerful member of the OnePlus 8 series, is expected to arrive with a 6.78-inch 120 Hz Super AMOLED display. In the quad camera setup on the back, two 48 MP sensors are accompanied by other 8 MP and 5MP sensors. The phone will have the first 30W wireless charging support for OnePlus, and IP68 certification for dust and water resistance.

The OnePlus 8 Pro also has a 4.510 mAh battery. The smartphone features 30W wireless charging support as well as wired 30W Warp Charge and 3W wireless reverse charging. In the promotional event, we can also see a mid-segment device called the OnePlus Z with a design similar to the OnePlus 8 series. It is stated that the device in question is powered by MediaTek’s Dimensity 1000 chipset.

On the other hand, if we talk about the OnePlus 8, the 6.5-inch Super AMOLED display on the phone has FHD + resolution and 90 Hz refresh rate. The triple camera on the back combines 48 MP and 16 MP sensors with a 2 MP depth sensor. The OnePlus 8 has a powerful battery of 4,300 mAh. Although the phone does not support wireless charging, it supports 30 W Warp Charge.