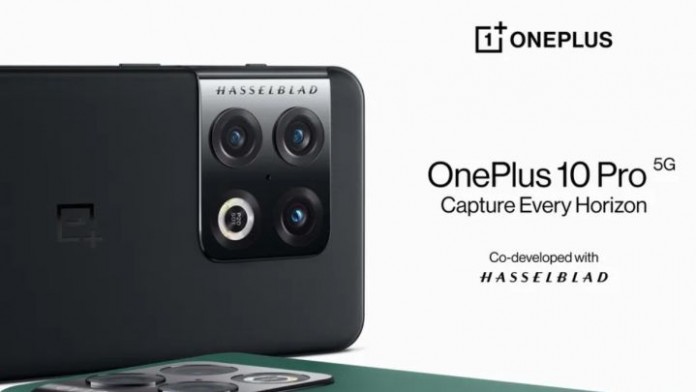 OnePlus 10 Pro: The start of a new year means that mobile phone companies prepare announcements for their new models. And the one that gets up the earliest this 2022 is OnePlus, since it will be the first to release a new top of the range, specifically the OnePlus 10 and 10 Pro, which will be released in the Chinese market on January 11. I mean: next week.

The rear camera design of the upcoming OnePlus flagship has been shown in a teaser image of the smartphone. OnePlus CEO Pete Lau previously confirmed that the phone would be featured in January in a post on Weibo, the Chinese Twitter. Although the teaser image doesn’t show much more than the back of the phone, he confirms that the 10 Pro will have three rear cameras that will once again carry the Hasselblad branding.

OnePlus’ partnership with the Swedish camera maker started with last year’s OnePlus 9, where both companies worked together on color matching the phone’s photos, with generally good results.

The image also confirms the phone’s camera bump design, which has previously been featured in leaks from Twitter tipster @OnLeaks and 91Mobiles. Although the specifications of these cameras have not yet been officially revealed, reports indicate that the OnePlus 10 Pro will feature:

Internally, it is said to be powered by a Snapdragon 8 Gen 1 processor, the first terminal to use Qualcomm’s most powerful mobile chipset this year, along with 8GB or 12GB of RAM, 128GB or 256GB of storage, and a 5,000 battery. mAh. There is also an IP68 rating for dust and water resistance. In the official image released today, we can also see OnePlus’s signature three-stage ringer switch, which in the past has made it possible to easily switch the phone to its vibrate and silent modes.

OnePlus hasn’t announced when the OnePlus 10 series might launch outside of China, but 91Mobiles previously reported that the global launch could happen in April.