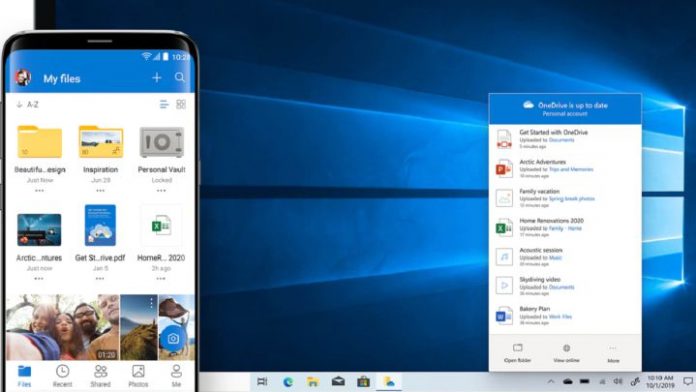 OneDrive: Cloud services are very helpful for those who need extra space to store their files. The photographs are the most frequent and in fact they are the ones that occupy the most as well as the ones that need the most attention in some cases. And as far as needs are concerned, everything depends on what the user requires when it comes to editing, something that will no longer be a problem with the new editing tool that OneDrive offers.

Edit your photos directly from OneDrive

Having a tool with which you can edit photos is already something that everyone has on their mobile phone. The applications with which you manage the entire gallery of your phone have a function prepared for this purpose and are very easy to use. However, it is a cumbersome process to go from one platform to another and especially from one device to another when you only want to fix the simplest things like a touch of lighting or color.

For these types of improvements you will not even need to move it from where it is if it is the Microsoft cloud. And it is that the Redmond have applied new photo editing tools to their cloud so that you do not make more movements than necessary. Until now, it had an office file editing function with the Office Online suite integration.

But let’s go back to what concerns us and it is that new tool that we are talking about. In the company blog they have shared this information where they predict the changes that OneDrive will receive soon. In the case of the photo editor, it is a very simple tool. Do not expect something professional, but just enough to retouch the size of the images, the brightness, the color, the exposure or the shadows. All this in a matter of seconds and you will have it ready to send it to whoever you want with the expected result.

First on Android, then on the web version

It is interesting the movement of the Redmond when it comes to applying this new feature of the image editor in OneDrive. And is that the company will launch this feature first in the version for smartphones of the cloud, while the web version will arrive later. In this way, the tool will be most useful where more users edit photos in a simple way: on their mobile phones.