Home Entertainment One X Player 2 Is Introduced: a New Steam Deck Competitor With... 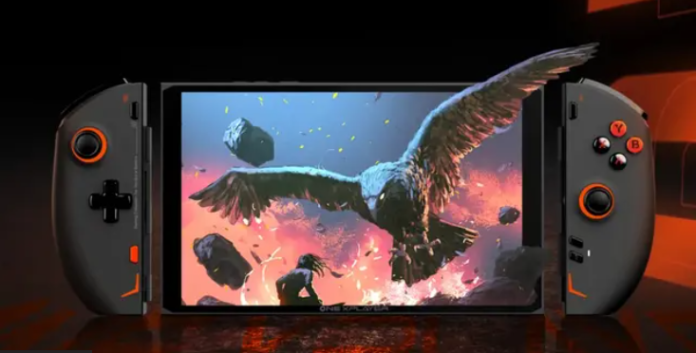 The market for Steam Deck competitors is heating up, and OneXPlayer has just announced OneXPlayer 2, a brand new device that aims to compete with Valve’s blockbuster device.

Remember, we considered Ayaneo Air? Or when we took a look at Logitech G Cloud, or even when we covered the announcement of Ayaneo 2? The market for portable devices is heating up, and OneXPlayer wants to offer something a little different.

With an 8.4-inch screen in addition to a powerful AMD 6800U processor with a Radeon 680M based on RDNA 2, OneXPlayer 2 seems to offer some completely new features that we haven’t seen in competitors’ devices yet. The sticks are Hall-sensitive, in addition to removable controllers on each side, allowing for Nintendo Switch-style play.

The device will be launched on Indiegogo on December 20, and supporters will receive their devices no earlier than March 2023. However, you can also pre-order the device directly on its website.

Given the specs, you should expect to be able to run many AAA games at 720p resolution with ease, although its performance at lower power will still be a problem until we see new AMD processors coming to market.

For those looking for an alternative to Steam Deck, the two main options available to you will be Ayaneo 2 and OneXPlayer 2. Both of them may have similar characteristics, but OneXPlayer has a couple of drawbacks. it cheats up its sleeve, which the Ayaneo device does not have.

Removable controllers and a stand can be great for those on the move, and a higher resolution screen combined with a larger size can make it a great option for those looking for something a little bigger.

However, visually, Ayaneo 2 really looks more impressive. In terms of performance, they will both work the same way. However, we reserve the final decision until both devices are in our hands.