Home Entertainment One UI 5: New features will appear on your Samsung Galaxy phone 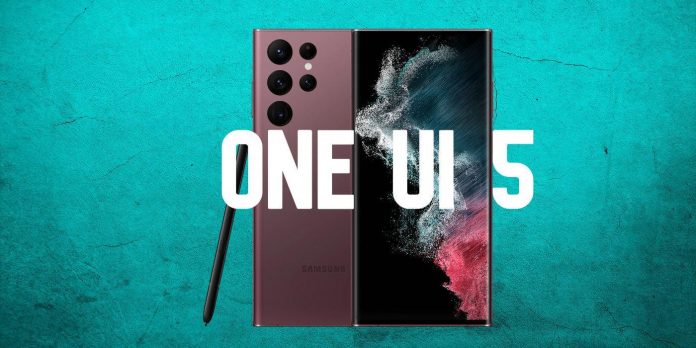 Ahead of the release of the Samsung One UI 5 beta, a massive leak has apparently revealed many of its core features. Samsung is expected to release a beta version of One UI 5 for the Galaxy S22 series later this month, although the exact date remains a mystery. It is reported that the software is currently being tested by Samsung employees before it gets more widespread. One UI 5 will be based on Android 13, which will make the latest Samsung flagships one of the first smartphones to receive the latest version of Android.

In June, Google released the third beta version of Android 13 for its Pixel devices, putting the OS on the first stage of platform stability. Previously, the company released the first preview version of Android 13 for developers in February, and in March — the second preview version for developers. This was followed by the first public beta in April and the second public beta at the Google I/O Developer Conference in May. The final beta is expected to be released later this month before a stable version is released alongside the launch of Pixel 7 in August.

Max Weinbach’s informant post on 9to5Google apparently revealed most of the unique features of Samsung’s upcoming One UI 5.0. The assembly that formed the basis of Weinbach’s post was obtained from an unnamed source and told a lot about what to expect from the final official assembly. The first noticeable difference from One UI 4 is the new notification icons and a slightly modified notification bar. Both changes make the panel cleaner and more streamlined.

New features of One UI 5

Another long-awaited change is the updated Security and Privacy Center, which now includes all accounts, passwords, security and other privacy features in one place. There is also a “Scan” option to search for any third-party applications or services that may abuse application permissions. He will also recommend security settings that may be useful for some users. Another notable feature is the addition of optical character recognition (OCR) to the Gallery application and to the keyboard. OCR allows users to copy tests from images and is currently available in iOS 16.

Another sign that Samsung may refuse to inflate its One UI interface with too many changes is that the software uses AOSP permission dialogs by default. While it’s unclear whether Samsung will change its design in the final build, it certainly looks cleaner than it is now. It is reported that One UI 5 will also bring several new gestures for multitasking, as well as a new collaboration feature in Samsung Notes, displaying the currently active application in quick settings, an image of the device at the top of the About Phone page, and UWB. switch to settings.