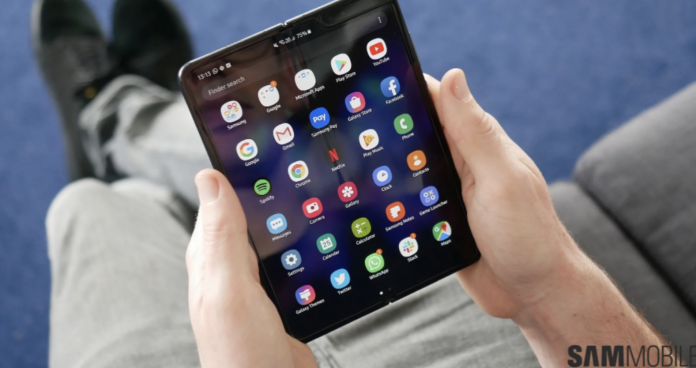 Samsung has designed and is starting to roll out One UI 3.1.1 to its users to improve the user experience for foldable device owners with additions like Drag & Split, Natural Window Switching, better Multi-Active Window, Flip Screen Mirroring and more.

With One UI 3.1.1, Samsung introduced many features that allow you to make better use of the foldable form factor. Perhaps most useful is the new taskbar, a permanent shortcut to your favorite apps on the right side of the screen. Then there’s Drag & Split, which lets you open a new URL in split-screen mode instead of opening it in a new tab in the same browser window.

Rotate All Apps feature lets you force all apps to rotate in landscape orientation, while Custom Aspect Ratio lets you set a custom Aspect ratio for any app (For example, you can force Instagram to use it on full foldable screen. This is not allowed in the regular version) . Finally, there are also improvements to the Multi-Active Window. When using three apps side by side, you now get options to re-adjust the height and width of opened apps. 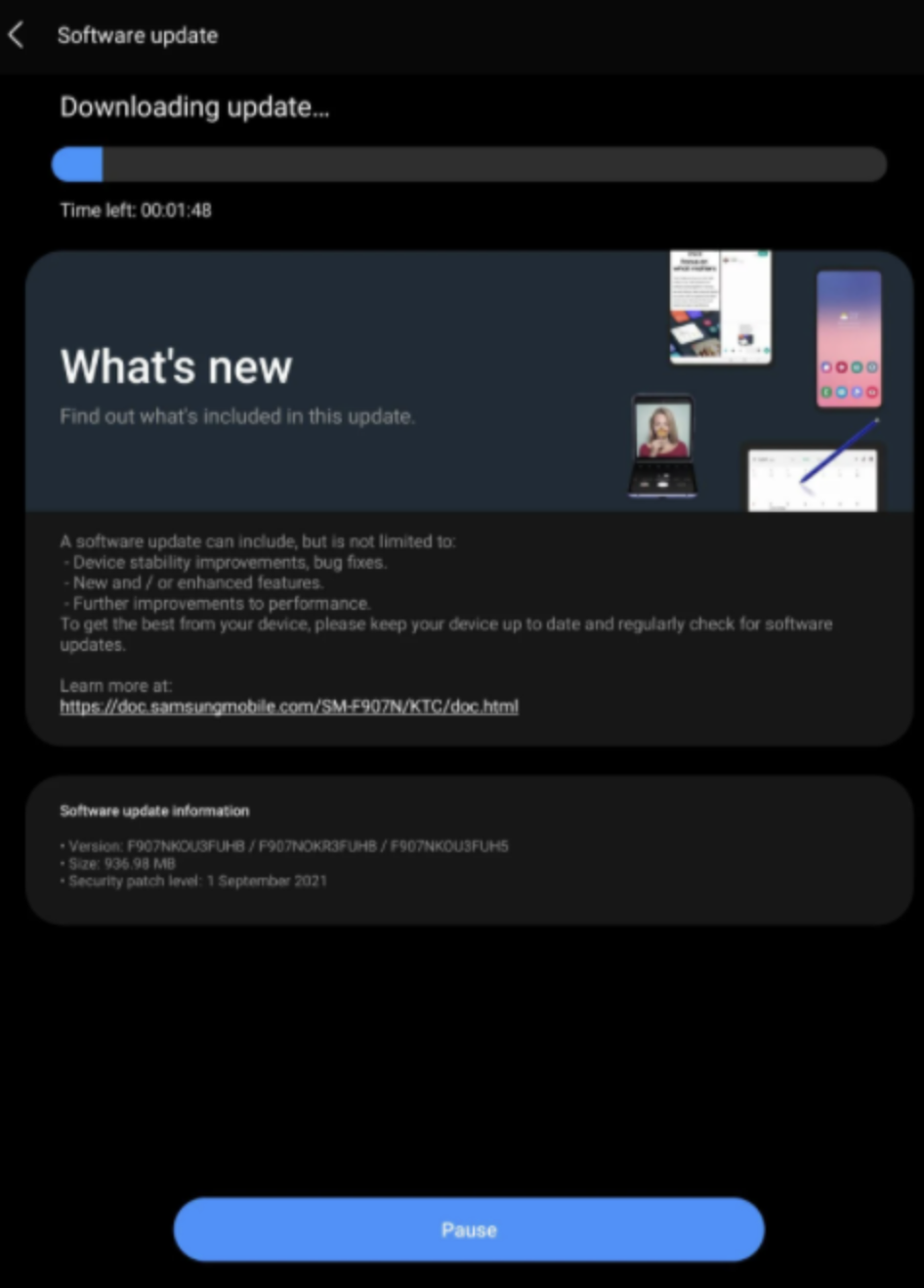 You can check out the video where the new One UI 3.1.1 features are showcased here.

The One UI 3.1.1 update also brings a Bedtime Mode toggle in the notification shade and comes with the September 2021 security patch. Currently, both the Galaxy Fold and Galaxy Fold are launching for 5G in Korea and parts of Europe, but availability is expected to expand to more markets in the coming days. As usual, you can check for the latest update in the phone’s Settings » Software Update menu.