Home Entertainment One Pokémon feature Can Nip the Scarlet & Violet Problem in the... 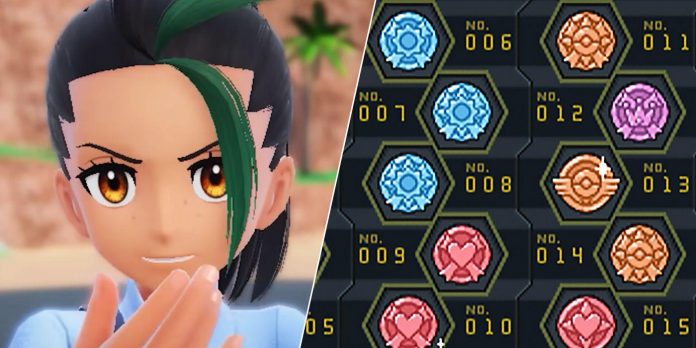 The favorite feature of Pokémon Black & White 2 can be the perfect mechanic to improve the design of the open world of Pokémon Scarlet and Violet. In June, Game Freak introduced Pokemon fans to the 9th generation in the new Pokémon Scarlet and Violet gameplay trailer. New footage has revealed that Gen 9 will be the first game in the Pokémon series to feature a seamless open world that can be played in any order. The classic Unova region can solve a potential problem related to the ambitious size and scope of the game.

In the June trailer for Pokémon Scarlet and Violet, players were able to look into the 9th generation Pokédex for the first time, introducing several new Pokemon, such as Smoliv, Pavmi and Lechonk. Although the second trailer was mainly dedicated to the 9th generation regional Pokemon, the update also revealed some features of the game, such as exclusive versions of Pokémon Scarlet and Violet Professors, as well as a new online co-op mode.

Game Freak also used the June update to announce that players will be able to complete the story of Pokémon Scarlet and Violet in any order without any restrictions. This major change brings the Pokémon franchise closer to an open-world adventure game that encourages deep exploration. The Pokémon Black & White 2 feature can give the ambitious world of the 9th generation a quest that will keep players hooked for months after the release of role-playing games.

The Unova feature can improve Pokémon Scarlet and Violet

After the launch of Pokémon Black and White in 2011, players visited the Unowa region again, releasing Pokémon Black and White 2. In the sequels of the 5th generation, there was not only a completely new story campaign, but also many others. new features such as the popular Pokémon Black and White 2 Challenge Mode. However, one of the most revolutionary RPG updates was the Unova Medal mechanic, which players unlocked after talking to Mr. Medal at the Pokemon Center. Pokémon Black and White 2 medals were essentially an achievement system that tracked players’ progress throughout the game. For example, a trainer can get a rare medal for catching every Pokemon of the psychic type in the Pokedex region.

Since there are no achievements on the Nintendo Switch console, the Unova region feature would be perfect for the huge open world of Pokémon Scarlet and Violet. Throughout the ambitious Gen 9 adventure, players will be able to unlock special medals for achieving challenging feats in a new region. 5th generation mechanics can increase the lifespan of Pokemon Scarlet and Violet, allowing trainers to unlock rewards after collecting certain medals. It could even be used to improve the problematic Shiny Pokémon feature in Legends: Arceus, which, according to many fans, made hunting for Shiny too easy. Instead, the increased chances of Shiny appearing can be tied to medals that players earn by completing certain tasks.

Ever since the Pokémon franchise was launched in 1996, there have always been players in this series striving for completion who want a challenge. The Pokémon Black and White 2 medal system will give Pokémon Scarlet and Violet a deep achievement system, thanks to which many coaches will replay 9th generation role-playing games for years. Since the map of the new region seems huge in size, it would also be a great way to make sure the games don’t end up empty, as players will always have something to work on while exploring the vast map.

Do you want more articles about Pokémon Scarlet and Violet? Check out our main content below…