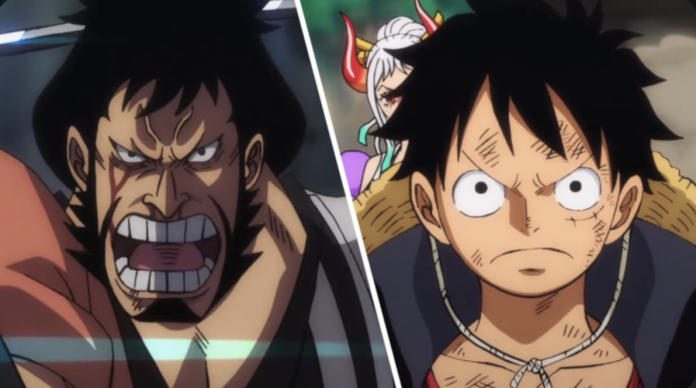 In the most recent episode of the One Piece anime, something very important happened related to its protagonist, Monkey D. Luffy

Right now we are on our way to the expected 1,000th episode of the One Piece anime. But before it arrives, it is worth noting those that lead to this, as is the case of 996, which was released on October 24.

This one is titled ‘Crash on Onigashima. Luffy’s Total War Begins! ‘And marks a key moment inside the Wano Country Arc, which is where the series’ story now lies.

Monkey D. Luffy always gives something to talk about in One Piece

In episode 996, Luffy is again in front of Big Mom, turned into a powerful ally of Kaido, the leader of the Pirates of the Beasts. As that happens, the Nine Akazaya, the warriors who seek to avenge their lord, Kozuki Oden, face precisely this villain.

That was after they attacked Kaido in a surprise way, causing him to fall from a balcony and cross the ground, reaching a lower floor.

Like a cornered snake, Kaido tries to sow tares among the Nine Akazaya, pointing out that Monkey D. Luffy, like him, is a pirate, and it is highly likely that he will betray them very soon.

But to his surprise, Oden’s followers are undaunted. Their leader, Kin’emon, confronts him and tells him that Luffy is not like that. Both he and his allies have complete faith in this boy who dreams of becoming the King of the Pirates.

It is at the cliffhanger or climax of the episode that Monkey D. Luffy said “it’s going to be all-out war!” Previously, he claimed that he would take down not only Big Mom, whom he faces, but Kaido and his officers, as well as Orochi and his subordinates.

They are very strong words, but we already know that they are in line with what the so-called Straw Hat from the One Piece anime would say. There is no going back after that statement against his rivals.

It is a time similar to when this pirate declared war on the World Government. Despite what he came after he never regretted his words.

So the only thing that can be expected from the next episode of One Piece, which premieres on October 31, is a strong reaction from his enemies. Things will get very exciting before episode 1,000 arrives, which will arrive on November 21.