Home Entertainment One Piece: Yamato’s gender confirmed and some fans are angry 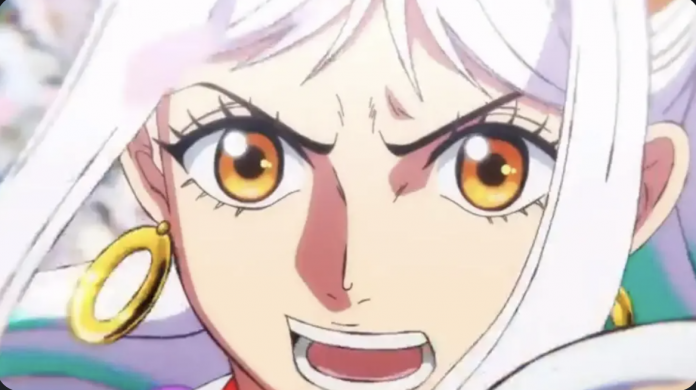 The confirmation that Yamato is a cisgender woman does not quite convince some One Piece fans, and there are complaints about it

This day the Vivre Card of Yamato, one of the One Piece characters, was revealed. There has been speculation about her gender identity for a while, mainly in the manga. And, in the anime he just made the first appearance of it.

The fact is that in Eiichiro Oda’s work she identifies herself as a man, and those around her speak to her in that way. That is why it was thought that she was transgender, like O-Kiku (Kikunojo) who is a trans woman. But in reality, this is not the case with Yamato.

Yamato’s profile confirms that she is a woman

The Vivre Card clearly states that she is a cis female: that is, a cisgender woman. Is this information canon? It is, as Oda himself reviews and approves of this description.

In that sense there is no discussion, since it is an expression of the author’s will. As expected, this sparked complaints from some fans via Twitter.

One of them, @grantthethief, commented on his account “Vivre Cards is a” disappointing but not surprising “situation.

To the above, he added “but personally, it does not change the way I have seen Yamato and I will continue to see him.” Another One Piece fan @Khaluffy said ‘Oda after confirming Yamato’s gender’ and showed an animated GIF of the evil Donquixote Doflamingo.

@Peqchessss, for his part, highlighted “trans people deserve to be treated with respect no matter what, even if Yamato’s gender is confirmed as F, this does not give an excuse to be transphobic.” 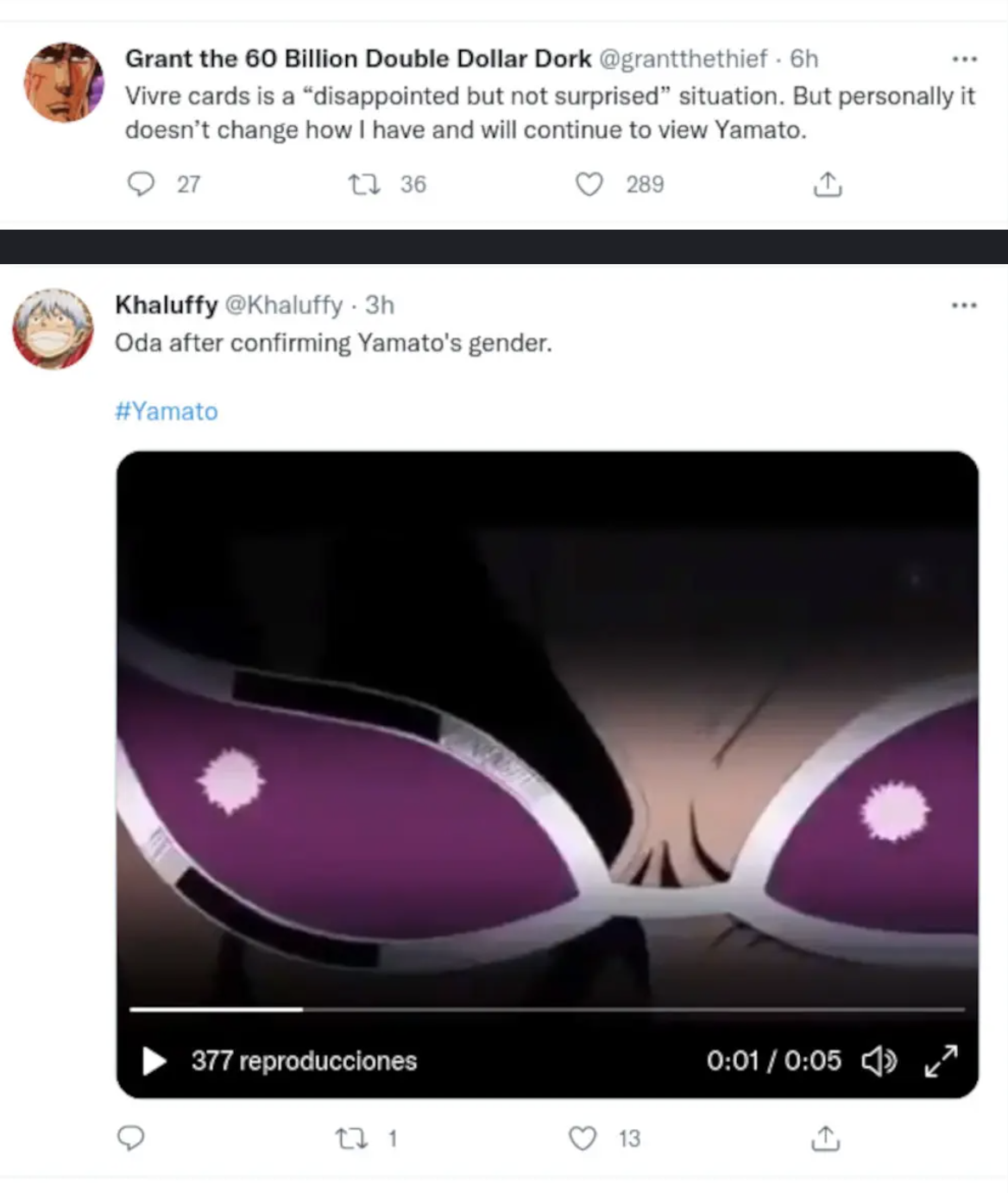 O-Kiku if she’s a transgender woman in One Piece

@Peqchessss finished by saying “there was no problem with trans people believing that Yamato was representing them.”

@sofftaces highlighted ‘the announcement of Yamato’s Vivre Card is not the time when some say‘ ah, I told you so ’, I do not understand why you would be happy that a community loses representation. It costs 0 not to be horrible. ‘

@Zach_Logan hinted “regarding Yamato’s Vivre Card: apparently they list the sex of Kiku and Yamato, not gender.”

He went on to say ‘furthermore, please don’t take the Vivre Cards as gospel. The only canon is manga, and that will always be true. Oda does not write VCs. OFTEN you make mistakes. ‘

As we mentioned before, Vivre Cards are reviewed and approved by the creator of One Piece. As for O-Kiku, hers specifies that she is a transgender woman. @catatonictrash made other comments about the situation.

What stood out was’ oh, the creepy guys are already coming out of their nests to comment on my Yamato art with ‘Yamato is a woman’. That was fast’.

@ Sad1qOP finished with ‘Yamato confirmed as a woman:‘ Oda is a hack ’‘ I will stop reading One Piece ’‘ Appealing to men ’‘ Only for merchandise ’’. That is, he commented on all possible scenarios in terms of comments.