Home Entertainment One Piece: Who will Luffy fight after Kaido? 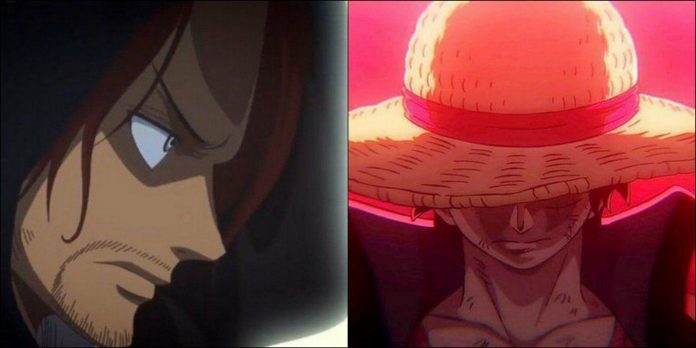 One Piece’s Wano country arc saw Luffy take the biggest step in his pirating career so far by engaging Yonko Kaido in an intense fight. Although Luffy was nowhere near his level at the beginning of the fight, as it progressed, he slowly got stronger and eventually was able to fight Kaido on an equal footing. Luffy’s growth throughout the Wano Country arc has been nothing short of staggering. He has jumped from being someone as strong as a Yonko Commander to someone who can take on any of the Yonko without much trouble whatsoever.

RELATED: One Piece: 9 Ways Wano Is The Best Arc

Towards the end of the arc, he was able to overpower Kaido with his strongest technique, called Bajrang Gun, which sent the Yonko crashing down to the ground. Having defeated Kaido in a one-on-one battle, Luffy has now taken a massive step towards accomplishing his dream of becoming the Pirate King. At the same time, Luffy is now likely to be recognized as a Great Pirate all over the world and potentially even the strongest, given that he defeated the strongest creature. However, he is yet to become the Pirate King, meaning he’ll have to fight quite a few more battles before he fulfills his dream. The question remains, however, who will he fight next?

Over the years, Luffy has made quite a few rivals. Starting from the likes of Coby, who is also his best friend, all the way to the likes of the Yonko, he has quite a few people to compete and fight against. Following his victory over Yonko Kaido, Luffy is likely to fight someone of the same caliber. This means characters such as the other members of the Worst Generation, such as Law and Kid, along with the other members of the Yonko are likely to be his next opponents.

At the same time, the threat of the World Government and the Navy is ever-present in the One Piece world for any pirate and Luffy is certainly no different. Seeing him defeat Kaido and even awakening the powers of the Nika fruit, Luffy will be one of the biggest targets of the World Government, meaning that he will be targeted by the likes of the Navy Admirals as well. The threat of the Cipher Pol exists at the same time, however, they don’t seem to be nearly as strong enough to challenge Luffy in a serious fight in any way whatsoever.

RELATED: One Piece: Is Kaido Getting Back Up To Fight Luffy?

The Navy, who are incredibly strong, could be the next rivals that Luffy and his crew face. Although they’re nowhere near Wano Country right now, they could do so to seize the country at any time. The events around the world that are currently taking place could also soon reach the Straw Hat Pirates. If any of Luffy’s friends, such as Vivi, or Hancock, or his friend Shirahoshi are in danger, he is certainly going to do everything in his power to help them.

This could potentially set up a clash with one of the Navy Admirals for Luffy, however, given that he’s defeated Kaido, they certainly shouldn’t be that big a problem. There are, however, other complications with this idea as we. As strong as the Marines are, they’re nowhere near Wano Country right now and for them to intercept the Straw Hat Pirates could prove to be very hard. At the same time, following the events of the Wano Country arc, it is highly likely that the crew will find themselves looking for the last Road Poneglyph.

Who Will Luffy Fight Next?

Based on the ongoing saga, called the Four Emperors Saga, it is highly likely that Oda will include either Shanks or Blackbeard as the next opponents for Luffy. Given that Blackbeard is likely to challenge Luffy for the title of the Pirate King, fighting Shanks next is also a strong possibility. Luffy and Shanks go way back and it is the redheaded pirate who put him on the path of piracy in the first place.

12 years ago, Shanks entrusted Luffy with his beloved Straw Hat and asked him to return it to him the day he becomes a great pirate. Now that Luffy has defeated Kaido, the timing for the two to meet would be nothing but perfect. Luffy has successfully become a Great Pirate and, at the same time, achieved tremendous fame. It is also possible that Luffy’s bounty will surpass that of Shanks after the events of the Wano Country arc which, once again, goes to show that he is finally ready to meet the red-haired Yonko.

It is heavily speculated that the Straw Hat Pirates will next visit the land of Elbaf after leaving Wano Country, and that could very well be where the two end up meeting. During the Punk Hazard arc, Luffy declared his ambition to beat all of the Four Emperors, including Shanks. At the same time, Shanks would also want to test Luffy’s abilities and see whether he lives up to his expectations or not. All things considered, a confrontation between Luffy and Shanks seems inevitable now that the former has stepped up and become as strong as he is.

As such, Luffy will either fight the Navy Admirals next if his friends are in any immediate threat from their ranks or clash against another one of the Four Emperors, Shanks. Both outcomes will be quite incredible for fans to follow. Shanks, especially, would be an interesting addition to the main story of One Piece as he’s spent way too long on the sidelines. Fans have been patiently waiting for decades for him to make a move and his time seems to be very close now. At 2020’s Jump Festa, Oda implied that Shanks would finally be making a move very soon, which is yet another indication of him becoming important to the story after the Wano Country arc and being the next big test for Luffy to try out his abilities against. 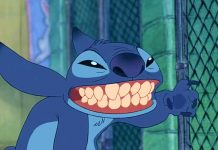 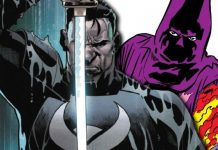 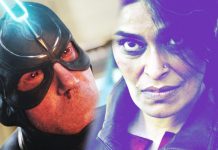