Home Entertainment One Piece: Who is Uta? 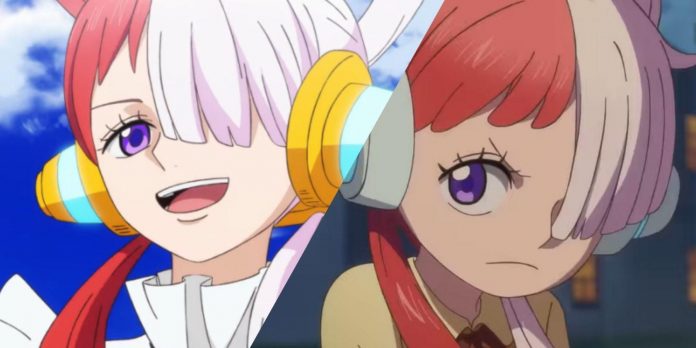 One Piece Film: Red was announced last year and premiered in Japan and France earlier this month. As the name suggests, One Piece Film: Red is largely based on the pirate Red-haired Shanks, who sent Luffy on the path to becoming the Pirate King. However, Shanks is not the only character to whom this film is dedicated.

The heroine of the film is none other than a mysterious girl with red curls named Uta. Oda himself teased Uta with an important character, which only shows how significant she really is. Having connections not only with Shanks, but also with Luffy, Uta is a very successful idol who has his own plans for a new era of the One Piece world.

Like all the main characters of the film One Piece, Utu was created by none other than Oda himself. In One Piece Film: Red, Oda is deeply involved in what is happening, which happens quite rarely. Basically, One Piece movies are written by animeshnikami, and Ode usually looks through the script and gives a thumbs up. One Piece: Strong World was the only film in which Oda was deeply involved in the real scenario. This, however, was surpassed by One Piece Film: Red, in which Oda participates on an even greater level, further demonstrating how important Uta is to him.

One Piece Film: Red was written to be very different from a regular One Piece movie. While most of them have a big bad villain that Luffy has to defeat, One Piece Film: Red is quite different. He has a much deeper and richer story that unites the entire cast, especially Luffy, Shanks and Uta. The film also features several songs performed by a talented and young Japanese artist Ado, who sings the voice of Uta, the best idol in the world. According to Oda, the staff had different plans for the next One Piece film. The legendary old man was ready to stand in Luffy’s way and become his biggest problem, but Oda wanted to change the situation. For the film, he wanted the female lead, and so Uta was born. Surprisingly, Uta is also a canonical character, which means that her entire past with Shanks was written by Ode himself and is considered to be in the real timeline of the One Piece world.

Although the exact placement of Film Red may not be canon, the events of the film can certainly be considered as such. This makes Uta the second confirmed canonical character in the One Piece movie, and Shiki, the Golden Lion, the first. This was further reinforced by the fact that Oda drew several pages of Uta in the last few chapters of the Vano Country manga. In addition, Utah also appeared in Shanks’ memories in One Piece 1055, when he confronted Admiral Green Bull and forced him to retreat from the Vano Country.

Uta is a character closely related to both Luffy and the famous pirate and one of the Heroes of the Sea, the Red—haired Shanks. As shown in the trailer for the film, Uta is the daughter of Shanks, and therefore is of great importance to him. She was found by Shanks and his team in a treasure chest a long time ago, and then raised by him for several years. It is known that Uta has a bloodline of the Figarland family, which may be related to the nobles of the One Piece world, perhaps even to the Heavenly Dragons themselves. You can see how the gorosei discuss this when they decide whether to kill her or not.

Shanks, who is believed to be her father, is also considered a member of the Figarland family, which means that he may well have connections with the nobility itself. Together they spent quite a lot of time in the days of Uta’s early childhood. When Shanks visited Fuosha village almost 12 years before the current events of history, Uta accompanied him. There she met Luffy and introduced herself as Shanks’ daughter. The two quickly became great friends and announced their plans and dreams for a new era. Uta’s dream is to use her music to create a new era in which everyone will unite. Meanwhile, Luffy’s dream is still unknown to fans.

At some point, Uta ate Uta Uta no Mi and gained its frightening power. This is ultimately due to the fact that Shanks left her for her own safety. Then Uta used her great talent and strength to become a great idol who is loved and respected all over the world by One Piece. Her voice is known to be pious and unites both enemies and allies. Although Uta has made a big name for herself and is known all over the world for One Piece, she still craves something very simple but valuable for her, that is, her connection with Shanks.

Uta plays the role of both the heroine and a kind of antagonist in One Piece Film: Red. According to Ode, one of the main themes of Film Red is virtual reality and whether it’s good to run away from it.

A Pokemon fan has created an incredible Froakie Crochet animation