Home Entertainment One Piece: Who are the residents of Ohara and what is their... 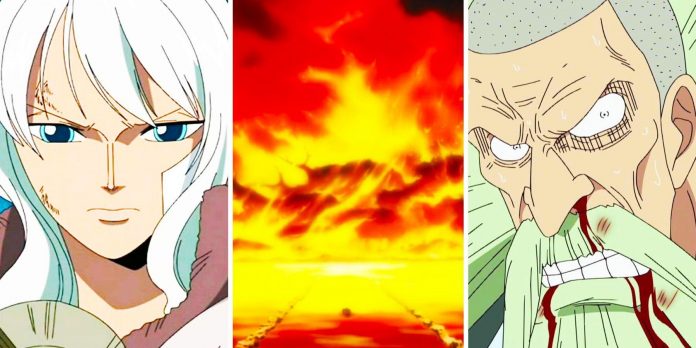 One Piece is a grand adventure story in which the Straw Hat Pirates have to meet a lot of quirky people going into the unknown. Most of these people work under the banners of certain pirates or organizations. However, there are times when a powerful clan or family appears that really affect the course of the Straw Hat Pirates’ journey. There are Jerma 66, Charlotte’s Family, Kozuki from Vano, Gorgon Sisters, or even scattered members of the D Clan, to name just a few.

However, only a few of them are actually an integral part of the overall One Piece saga. Unfortunately, one of these clans is rarely mentioned, despite the fact that only they hold the key to the true history of the world. They’re called the Ohara clan, and that’s all you need to know about them.

Who is the Ohara Clan

In a remote area in the middle of the Western Blue Ocean, there is a small island called Ohara, where the Ohara clan lives. Usually there is a kingdom that rules such islands, for example, the kingdom of Drum, where Chopper comes from, but there is no such thing in Ohara. That’s why people there are pretty free to do whatever they want. And in this case, most of them choose education.

Despite the fact that it is a small island with a relatively small population, Ohara is known worldwide as a center of scientists, especially historians and archaeologists. The reason is that Ohara is the place where the Tree of Knowledge grew. As the name suggests, this colossal tree is actually a huge library that houses almost all books and records from around the world, especially on the topic of history and archaeology.

Ohara scholars love to travel the world, and when they return home, they bring several books with them. Not only that, they will also write a book to record all the information they find during their journey. So if someone is interested in learning more about the history of the world, there is no better place to learn about it than Ohara Island.

The role of the Ohara Clan in One Piece

One particular topic that all Ohara scientists are deeply passionate about is the Empty Age. The Empty Age occurred about 800-900 years before the start of One Piece. As the name suggests, the age of emptiness is a period of about 100 years when there are absolutely no historical records. This is literally the missing chapter in world history. During this time, of course, something incredibly important happened, but for some reason there is no information about it.

However, scientists from Ohara have discovered that there are actually fragments of available information made during the Age of Emptiness. This record exists in the form of massive cubic steles called poneglyphs. As if knowing that there would be people who would try to erase this part of world history, people at one time recorded some major historical events and other important information on the surface of the poneglyphs and scattered them around the world. Since the poneglyphs are made of virtually indestructible stones, they manage to survive to this day.

A lot of people are trying to find these poneglyphs because they want to know the information written on them. But, unfortunately, the text was written in a dead, ancient language. And that’s where the Ohara clan comes in. With all the information they have accumulated over the years, they have managed to learn about this language. Moreover, a handful of the brightest minds from Ohara can even read a poneglyph. It remains only to go there and find these poneglyphs. So in a sense, the role of the Ohara clan in One Piece is to uncover the truth of the Empty Age and thus provide a comprehensive narrative for a story that is bigger than the journey of the Straw Hat Pirates.

What happened to the Ohara clan

It so happens that there is an entity that does not want people in general to know about what happened in the Age of Emptiness. Moreover, they are actually the ones who are actively trying to hide any information about it from the public. Who are they? Well, it’s kind of a World Government.

So what happens when the World Government realizes that the Ohara are not only interested in the Age of Emptiness, but are also getting closer to revealing the truth about it? Well, they’re just doing what any abnormal global superpower would do, namely ordering the complete destruction of the Ohara clan along with all traces of their existence. They do this with the greatest weapon a Marine has-the Summoning of Five.

About 22 years before the start of Luffy’s journey, the island of Ohara, along with its inhabitants and the Tree of Knowledge, was completely destroyed by the entire power of the Sea Patrol.

Avatar: Frontiers of Pandora Must Relive Its Past Games