Home Entertainment One Piece: What is the next step of the Revolutionary Army? 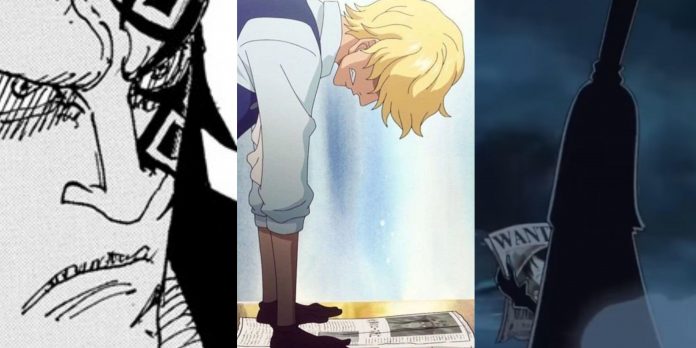 The Revolutionary Army is the largest One Piece organization that is openly involved in conflict with the World Government. It was created by Monk D. Dragon a few years before the current timeline. So far, the Dragon has not named the reasons for the creation of the Revolutionary Army, but the audience has some idea of its goals. It is easy to see the trick of the World Government, and undoubtedly many people before the Dragon were able to see it too.

However, they never created a Revolutionary Army, so it’s clear that the Dragon knows about something that the World Government has been hiding from the rest of the world. Despite the fact that there are more than a thousand chapters in One Piece, there is very little information about the Revolutionary Army. In the last chapters, Oda gave fans an idea of what was going on in the Revolutionary Army, especially after it was revealed that Sabo allegedly killed Nefertari Cobra. The situation is becoming more chaotic than ever, and readers are waiting for the next step that Monk D. Dragon will take.

Getting rid of discontent

The news that Sabo and other commanders of the Revolutionary Army got the better of the two admirals of the fleet, of course, was a great victory for the organization. The outcome of this battle was kept secret for a long time, and everyone agreed that the admirals of the fleet had won. However, they turned out to be wrong when it finally turned out that the Revolutionary Army had won and managed to return Bartholomew Kouma to the Kingdom of Kamabakka.

All the revolutionary commanders except Sabo were present in the Kingdom of Kamabakka. The reason Sabo wasn’t with his comrades was a headline that said he had killed Nefertari Cobra, the king of Alabasta. Obviously, the Dragon didn’t like it when he read the news, and he demanded to know exactly what happened in Mari Joa. It is clear that the news caused a storm of indignation in the Revolutionary Army, and the sooner the Dragon confirms the truthfulness of the news, the better it will be for his organization.

In chapter 1060 of One Piece, the conversation between Szabo and Dragon was finally revealed. Szabo stated that when he was still in Marie Joa, he saw something that confused him. Szabo told about the Empty Throne in Pangea Castle and that he had seen someone occupy that place. Unfortunately, before Sabo could divulge all the information, Imu used a mysterious ability to destroy the island of Lulusia, where the chief of staff was hiding. The destruction of the island is no joke, and it remains to be seen how Imu destroyed the Kingdom of Lulusia.

Until now, opinions have been divided on whether it was the Imu’s own power or the power of Uranium, one of the Ancient Weapons. A world government owning Uranium makes sense, since Imu was seen walking and crossing the Kingdom of Lulusia on the map. It is important to keep in mind that the island was not destroyed until the Imu made a mark on it in the shape of the letter “X”. Oda missed what happened to Sabo, but the chances of him surviving are slim. Since the fate of his right hand is unknown, the Dragon may be forced to make a move.

If Sabo was killed, then Dragon would have to try to fill the huge void created by his death. The dragon will definitely try to find Clogs and maybe even send a rescue team. The loss of Sabo will be monumental, and not only in terms of strength. Over time, the Sabot became as popular as the Dragon, and its loss would mean the loss of supporters of the cause. So, the Dragon’s first priority will be to try to find out what happened to Sabo and save him.

Another option for the Revolutionary Army is to get information from Bartholomew Kuma. Kuma was a member of the Revolutionary Army before he became a Citibukai. When Dragon asked Kuma about what happened in Mari Joa, the latter agreed to the Dragon’s demands without hesitation. Given the possibility that Kuma could gather a lot of information as a Citibukai, it could radically change the course of the world.

BTS in a Historical Drama? This Is What The Characterized Idols...