Home Entertainment One Piece: The Next arch, explanation 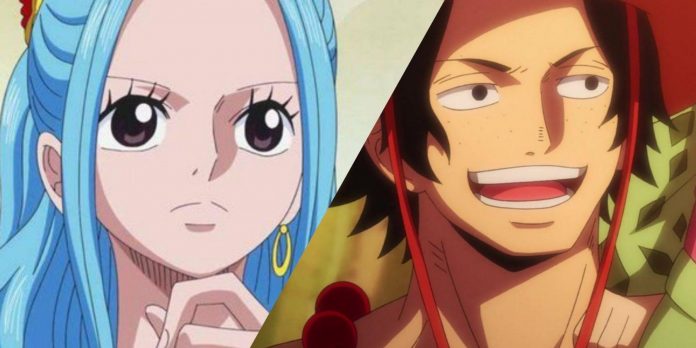 After the One Piece timeskip, Eiichiro Oda’s work became denser over time. Most of the arches after the Paramount War saga were quite long: Dress Rose scored a total of 104 chapters, and Vano – 149 chapters. Finally, in Chapter 1057, the Straw Hat Pirates finally left the Country of Vano and set off on a brand new adventure.

Now that Luffy has become one of the Four Sea Emperors and has earned wide recognition and fame around the world, the adventures of the team will become even more interesting than ever. Towards the end of Vano, fans found out that Log Pos was supposed to move Luffy to the southeast of Vano Country, near the Belt of Tranquility. However, the exact location of the fans is still unknown. As One Piece has entered its latest saga, every arc from now onwards will be extremely important to the development of the story.

After each major arch One Piece Ode usually makes short detours. An example of this would be the Long Ring Long Island Arch after the Skypia adventure and Amazon Lily after the Sabaodi Archipelago. After the timeskip, fans witnessed a similar pattern after the conclusion of the Dress Rose saga, followed by Zoe, a relatively short arc. Similarly, Whole Cake Island was followed by the Reverie arch, which lasted only a few chapters.

It’s safe to say that Ode likes to follow big arches with smaller ones to prepare for upcoming large-scale events, and thus the latest One Piece saga can begin with a minor arch on a small island. Although little is known about the places of the New World, fans know that Luffy can visit Sphinx Island. There Luffy can not only claim another territory, but also learn about the events taking place in the world. Marco, who is defending this place on behalf of Belous, will also get a chance to meet Luffy. Also, since Ace and Whitebeard’s graves are nearby, Luffy can also visit them and inform his brother that he has finally become a Great Pirate.

Elbaf – The Next Big Arch

Although the probability of the Straw Hat Pirates going to the smaller island is quite high, the Oda may also skip this entirely and go to the next major island instead. After all, Oda is in a hurry and wants to finish One Piece within the next three years. Thus, the Straw Hat Pirates can go further to Elbaf, an island inhabited by a race of Giants. Ode teased Elbaf since the days of the “Little Garden” arch and gradually accumulated knowledge about this majestic place. Usopp, in particular, will be a key character in this arc, since his dream is connected with visiting Elbaf. The most important task for the team at the moment is to find the last Poneglyph—the Road, and Elbaf may just be the place where it is hidden. With the New Giant Pirates led by Khairudin already teaming up with the team, Luffy’s path may turn out to be quite easy.

In addition to Khairudin, some other characters will also play a key role in this arch, for example, Prince Loki, whose name was mentioned during the Cake Island arch. Shanks, one of the Four Sea Emperors, can also play an important role in this arc now that One Piece is finally in its latest saga. This island may also be the place where Luffy will finally meet with Shanks and fulfill his promise to him.

Although this is unlikely, the Straw Hat Pirates may also go around after their adventures on Vano Land. Oda has previously teased the likes of Sabo, Vivi and Hancock, who are in danger after the events of Chapter 956 of One Piece. While Sabo seems fine, for the most part Vivi has disappeared and Hancock, one of Luffy’s closest friends, has stayed. be in danger until now. Although their fate is currently unknown, fans may soon find out what happened to them, as well as on the next island. In case any of them are in danger, Luffy should immediately go to their aid.

Vivi is a former member of the Straw Hat Pirate Crew, and Hancock previously risked her life to help Luffy save her brother. Provided that any of them is in danger, a workaround is quite possible. However, the next One Piece arch will certainly be filled with tremendous knowledge and additional information about the latest road poneglyph. The likes of Shanks and Blackbeard will also be more relevant than ever, with the former Citibukai also thrown in the middle.

Among Us, VR Gets a Hilarious New Gameplay Trailer

How Video Game Fables Rethink Critical Hits and Round Timers