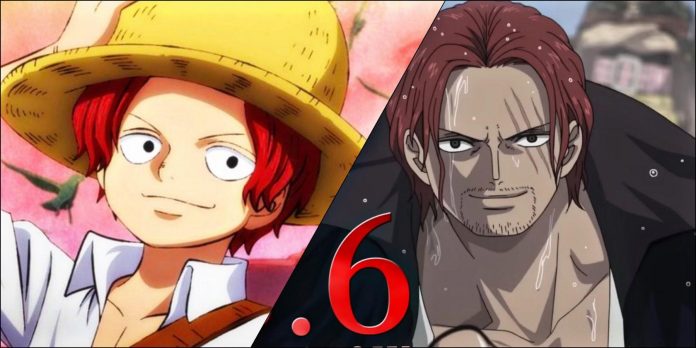 Red—haired Shanks is one of the most important characters in One Piece by Eyichiro Oda. Introduced at the very beginning of the story, Shanks played a rather important role, paving the way for Luffy to become the Pirate King. Entrusting his Straw Hat to Luffy, Shanks asked the young pirate to return it to him one day when he becomes a Great Pirate. Obviously, Shanks was always going to be a very important character in the development of the story, but most things about him still remain unknown.

RELATED: One Piece: The Most Important Things Shanks Did Before Meeting Luffy

Fortunately, the completion of the One Piece saga means that more attention will now be paid to Shanks. In addition, One Piece Film Red, which was recently released in Japan, also provided quite a lot of information about the red-haired pirate. Thus, fans now have a lot of key information about Shanks and his fascinating past.

Note: This article contains spoilers for One Piece Film: Red.

Little of Shanks’ past was touched upon in One Piece Film Red. Uta, Shanks’ daughter, plays an antagonistic role in the film and, using her abilities, puts quite a large part of the population at risk. To stop her, the Gorosei plan to kill her, however, there is hesitation on their part due to the fact that she is a member of the Figarland family. Shanks, being her father, also belongs to the Figarland family. Although it is not known what kind of family it is, apparently, it has a royal pedigree. Potentially, the Figarland family could even be one of many Heavenly Dragon families.

Assuming this is the case, it would make sense for Shanks to enter Marijoya and easily meet with the Gorosei, as can be seen after the Cake Island Arch. That Shanks is a member of the Figarland family is also confirmed by the fact that he was found by Roger and Reilly in the Valley of God, as shown in One Piece Film Red. After the battle was over, Roger and Reilly found a treasure chest containing baby Shanks. In the manga, it was already established that Heavenly Dragons were present in the valley of God, and Shanks could well be one of them.

Shanks creates his own pirate team

Shanks continued to spend quite a lot of time on Roger’s ship until the team finally broke up after getting to Laugh Tale and finding One Piece. On the day of Roger’s execution, Shanks was present in Logtown, the city of the beginning and the end. Shedding tears for the deceased captain, Shanks went on his own adventure and in the next few years created his own pirate team. During this time, he recruited the likes of Ben Beckman from East Blue and personally tracked down Yasopp, Usopp’s father, from Syrup Village. Soon after, his rivalry with Dracul Mihok also began to grow.

RELATED: One Piece: The Biggest Reward Increase in the Series

Their battles echoed throughout the Grand Line, as Belous himself mentioned. At some point, Shanks gained a lot of fame and made a big name for himself. Shortly after, he attacked a government ship carrying Goma Goma no Mi. After battling CP9 and successfully taking the Devil Fruit, Shanks headed to Fuosha Village in East Blue. He camped there for over a year and eventually met Luffy for the first time. Uta, Shanks’ daughter, accompanied him to East Blue and also spent quite a lot of time with Luffy.

The following year, Shanks and the Pirates of the Red-Haired Man spent peacefully in East Blue. It is unknown why exactly Shanks came to this sea and, apparently, he was looking for a successor to Roger. This also explains why Shanks specifically sought out Goma Goma no Mi, but did not eat it himself after he acquired it. During his stay there, he heard Luffy say the same words as Roger. The fact that the two shared the same dream made Shanks entrust everything to the next era. Shortly after, Luffy ate Goma Goma no Mi, and forced him to bet everything on him, hoping that it would be Luffy who would lead him.

One Piece Film Red also revealed a lot of intriguing information about Shanks during his time in East Blue, when he saved Luffy. According to the film, Shanks’ reward at that time was 1.04 billion berries, which is slightly less than Katakuri’s current reward, which means that Shanks was far from being a Great Pirate at that time. Six years later, he rose to the position of a Leader, and his reward increased to 4.089 billion berries. Since then, Shanks has remained one of the strongest people in the world of One Piece, and currently he may well be the strongest.

She-Hulk: Tatiana Maslany was “close to tears” when twerking with Megan...