Home Entertainment One Piece reveals an important clue about the final destination of the... 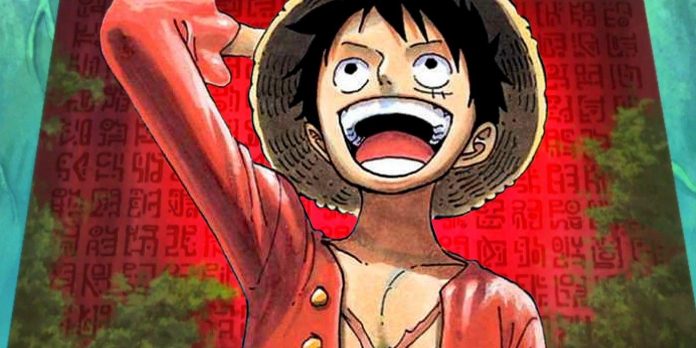 Volume 1 of the One Piece special edition “The Road to Laughter” contains an important clue regarding the finale of your favorite manga series. Providing a detailed explanation of the last Grand Line island, Laugh Tale, and how to get to it, the special edition also provides a list of potential places where the last poneglyphs of the Road may be hidden. Given that finding this stone will be the last step on the way to the location of Laf Tail, the Straw Hat Pirates will most likely visit one of these places soon before embarking on the very last part of their journey.

One Piece creator Eiichiro Oda recently announced that the series will take a month-long break to give him time to prepare for the final part of his amazing story. During the pause, Weekly Shonen Jump will publish a special issue called Road to Laugh Tale, which details the story of One Piece, reveals many questions and riddles of the series. The first volume of the special issue includes a summary of the history of Gol D. Roger, additional information about the pirates of the Rocks and, finally, a section called “The Way to the tale of Laughter”, which presents all the known information on how to get to the island called the tale of laughter. , the hiding place of the mythical treasure One Piece.

Laugh Tale is not easy to find: you need to collect four poneglyphs of the Road (sometimes written as “Lode”), four stone steles, which, if put together, will indicate the exact location of Laugh Tale. The only people in history who did this were Gol D. Roger and his pirate crew, thanks to the help of Kozuki Oden, who could read and translate the drawings on the steles. Currently, the location of three road poneglyphs is known (and the Straw Hat Pirates had to collect all three), and the fourth is hidden somewhere in the world. “The Way to Laugh Tale” teases One Piece fans with three possible locations that the Straw Hat Pirates haven’t visited yet and that may be hiding this last piece of the puzzle: Elbaf, the land of giants; Vira, a war-torn country liberated by the Revolutionary Army; and Hachinose, the base of the Blackbeard Pirates.

All three destinations make sense and could be the next stop on the journey of the Straw Hat Pirates. Luffy and his team have been wanting to visit Elbaf for a very long time, as they met two giants Dori and Brogi in a Small Garden. Also, Elbaf is currently under the protection of Shanks, one of the Heroes and the man who gave Luffy his straw hat. Vira is a seemingly irrelevant location that has been mentioned only a couple of times, but the connection with the Revolutionary Army can be really important. The leader of the Revolutionaries, Dragon, is Luffy’s father, and his brother Sabo, who may have recently been killed, is one of their commanders. Finally, Blackbeard was teased as the last antagonist in the series. He acts as a dark mirror for Luffy, pursuing the same goal – to become the Pirate King, but with a cruel and ruthless approach. If Blackbeard has the last road poneglyphs, then his team and the Straw Hat Pirates will most likely fight in one epic battle to determine who will go to Laf Tail and find One Piece.

Of course, hints and guarantees, and the Poneglyph Road may actually be somewhere else entirely, but all three locations would be perfect for the series finale. Fans of One Piece have received more questions than answers from the first volume of the special edition of Road to Laugh Tale, which will drive them crazy with theories and assumptions. Any of these places could be a wonderful stage in the journey of the Straw Hat Pirates, but to find out where the last Poneglyph Road is actually located, One Piece fans only need to be patient and wait for the next part of this epic saga.