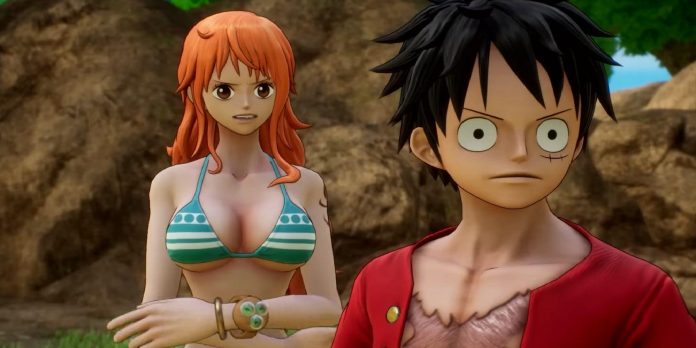 One Piece Odyssey will be released in January 2023, as announced at the Tokyo Game Show. One Piece Odyssey, published by Bandai Namco and developed by ILCA, is a turn-based role-playing game and the latest game set in the same universe as everyone’s favorite manga and anime One Piece. In it, the Straw Hat Pirates will embark on a new adventure with characters that are not in the manga, but which were created by its creator Eiichiro Oda.

There was practically no news about One Piece Odyssey after the appearance of a new gameplay trailer shown at Summer Game Fest. However, fans expected more from playing at the Tokyo Game Show, especially after Bandai Namco announced that it would hold a presentation at the event. So far, only a few small disclosures have been made about what the game will include, and only nine Straw Hat Pirates are confirmed characters for One Piece Odyssey.

At Bandai Namco’s Tokyo Game Show event this year, it was announced that One Piece Odyssey will be released on consoles and PCs on January 13, 2023. When the game was introduced earlier in 2022, it was thought that One Piece Odyssey would have a release date of 2022. Although January 2023 came a little later than fans expected, the announced launch didn’t miss much, and many are still looking forward to the upcoming JRPG. Previously, One Piece games intersected in many genres, from fighting games to virtual reality games.

However, many are touting the One Piece Odyssey role-playing genre as the perfect game for this series. In addition to the new characters created by the creator of the series Eichiro Oda, One Piece Odyssey will also have its own story developed by him, in which the Straw Hat Pirates are transported to a mysterious island. We hope that in addition to the fights that anime fans will like, there will be an intriguing narrative about this mysterious island and its secrets.

In addition to announcing the release date of One Piece Odyssey, many other important announcements were made at the Tokyo Game Show this year. Seeing the return of a physical audience for the first time in several years, it seems that many gaming companies have made every effort to TGS. Recently, at Capcom Showcase, fans took a fresh look at the Resident Evil 4 remake, as well as the upcoming DLC for Resident Evil Village and Street Fighter 6 gameplay.