Home Entertainment One Piece: How strong is this Luffy? 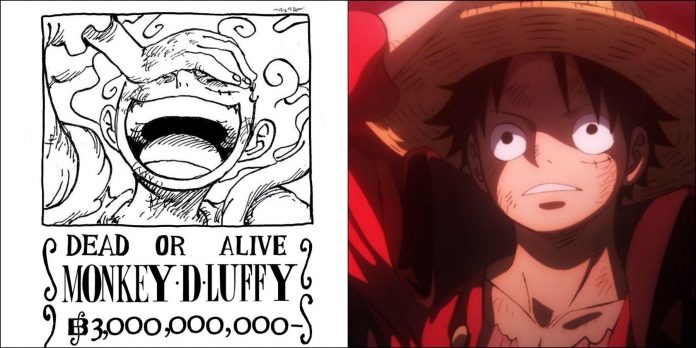 One Piece’s Wano Country arc saw Luffy finally take the next big step and rise to the same level as those he aspired to defeat – the Four Emperors of the Sea, also known as the Yonko. Luffy’s growth as a pirate has always been staggering and he’s gone on to conquer every sea that he’s sailed on. On the East Blue, he became the pirate with the highest known bounty after defeating the likes of Alvida, Arlong, and Don Krieg, and his adventures in the Grand Line proved to be rather similar. He arrived on Sabaody with one of the highest bounties despite the World Government trying to cover him defeating Gecko Moria.

Despite all that, Luffy only truly became a threat to the World Government after his little expedition into Big Mom’s territory. There, Luffy completely ruined her tea party, destroyed her wedding cake, chinked a significant portion of her army, and defeated two of her three Sweet Commanders, along with stealing her Poneglyphs. Following this, he was declared the 5th Emperor of the Sea, however, Luffy was never truly recognized by his peers. As such, his defeating Kaido and finally rising to the position of a Yonko is quite significant. This time, Luffy is globally recognized as one of the Yonko. The question remains, however, how strong is Yonko Luffy?

Luffy’s Strength As A Yonko

It goes without saying that Yonko Luffy is currently among the strongest people in the One Piece world. His growth has been incredible and he has progressed at an extremely fast rate, going from a mere rookie to a veteran pirate after the events of the Paramount War, to someone who could then take down a Yonko Commander and even a Yonko.

As such, Luffy has developed his strength tremendously and much of that is down to his tremendous Haki. Under Rayleigh’s guidance, Luffy managed to learn the basics of this power, but it was only through the various challenges that he faced on the high seas that he advanced it to the level where it is now. Luffy can use all three types of Haki in their advanced forms.

His Observation Haki is refined to a point where he can see the future quite easily, while his Armament Haki is at a level where he can damage things internally without making physical contact with them. Undoubtedly, Luffy’s Conqueror’s Haki is one of his biggest powers.

As explained by Kaido, this power is what Roger used to bring the world to heal and, as such, for Luffy to truly become the strongest, advancing it was necessary. In the fight against Kaido, Luffy finally awakened it and then went on to polish the skill further as the clash continued. Towards the end of it, he used it in conjunction with his Devil Fruit powers and brought down a man worth 4.6 billion berries with the title of the “Strongest Creature in the World.”

While Haki certainly is one of Luffy’s major assets, his Devil Fruit is yet another. Although on the surface the Gomu Gomu no Mi looks like an average type of fruit, Luffy has trained its powers to their absolute peak. As revealed in the one or country arc, the fruit is actually a legendary Mythical Zoan formerly wielded by the Sun God Nika and its true name is the Hito Hito no Mi, Model: Nika.

That’s not to say Luffy was granted tremendous power right from the get-go; This fruit needs quite a lot of creativity to be made useful. As mentioned by the Gorosei, this devil fruit is limited by the creativity of the user and its true power can only be tapped into when the user awakens it.

Luffy managed to awaken his Devil Fruit in the fight against Kaido and thus was able to tap into Gear 5th – a form known to be his very peak. Using its powers, he was able to fight with even more freedom and bring smiles and joy to everyone, living up to his title as the “Warrior of Liberation.” With Gear 5th, he gained a new transformation, which is typical of a Mythical Zoan awakening, but he also gained the ability to affect his surroundings and even other people with his rubber properties.

As such, even someone as strong as Kaido couldn’t handle the heat from Gear 5th, especially when combined with high-level Armament and Conqueror’s Haki. All this just goes to show that Luffy is well and truly one of the strongest Yonko currently.

Luffy’s Fleet As A Yonko

A Yonko’s individual strength isn’t their only asset. In fact, the crew of a Yonko, their allies, and their territories all come into play. It is quite easy to see that Luffy is lacking in neither of those areas. The Straw Hat Pirates are one of the strongest bunch on the seas currently. Luffy has the likes of Zoro and Sanji as his wings, both of which are strong enough to take down Yonko Commanders, as seen in the Wano Country arc. The crew also has strong characters like Jinbe, and potentially Yamato, Kaido’s son.

What’s more, Luffy also has a dedicated Pirate Fleet called the Straw Hat Grand Fleet that was formed at the end of the Dressrosa arc. While the fleet hasn’t been called into action just yet, it is a sign of Luffy being a tremendously powerful pirate.

RELATED: One Piece: Every New Devil Fruit Introduced In Wano

As far as the territories go, Luffy certainly isn’t doing the best, however, there is a lot of potential in this area as well. He already has Fishman Island under his flag and now, Wano Country is likely to follow that route. Many other countries will likely align with Luffy soon enough. For one, the land of Alabasta has been targeted by the World Government and, as such, they wouldn’t hesitate to break their alliance with them and side with the Straw Hat Pirates.

At the same time, the kingdom of Dressrosa and many others that Luffy has helped and liberated over the years would also likely side with him very soon, now that he is a Yonko. Other nations that are being targeted, such as Amazon Lily, and even the many nations of commanders of the Straw Hat Grand Fleet, such as the Kano Kingdom. Bringing people together was once described by Mihawk as the most fearful ability on the seas, and it looks as if Luffy has exercised this power at its very best. All things considered, Luffy is truly worthy of being a Yonko now and will likely gain even greater strength, and notoriety as he faces off against the likes of the other Yonko, such as Shanks and Blackbeard.