Home Entertainment One Piece gears up for its 1,000th episode with a new trailer 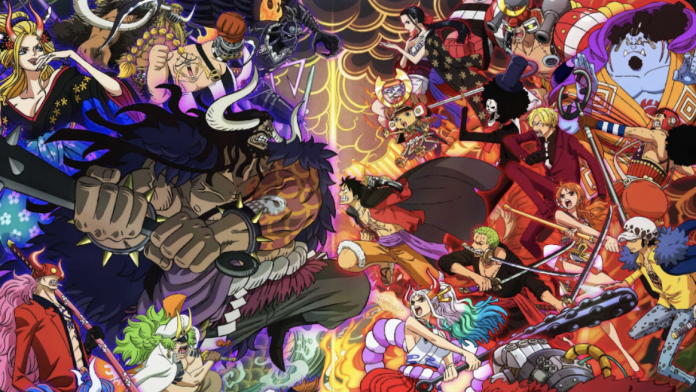 To promote the 1,000th episode of One Piece, the official account published a trailer. It’s only a few weeks before its premiere

One of the most anticipated moments by many One Piece fans who follow their anime is the premiere of the expected 1,000th episode. It’s expected to be as special as possible, and the studio responsible for making it, Toei Animation, is promoting it in a big way.

It is for the same reason that he published a couple of special designs, reflecting the confrontation between Monkey D. Luffy and his allies against Kaido and the Beast Pirates.

It’s a real power-to-power battle! Now the company takes the next step and shared a special video trailer. Does it bring content from this episode? Unfortunately it is not.

It is actually a compilation of past events. For example, when Luffy and company arrived at Onigashima, surprising Kaido’s forces. Or the journey by sea to reach this sinister island. But older sequences also appear.

Among them Shirohige and Gol D. Roger. A part of the One Piece Wano Country Arc allowed us to learn a little more about these two formidable pirates who made the world tremble with their exploits.

There is another scene where the Akazaya, the squad of samurai that served Kozuki Oden, can be seen. All of them, save one traitor, are the heirs of their lord’s will. This is why they vowed to avenge his death.

The journey together to 1000 episodes ends here!

Tune into @Funimation’s One Piece 1000 celebration with @RogersBase on November 20 to catch up with episodes 998-999 and learn how to make Luffy’s favorite food.

This part of the story is only a few weeks away

But for that to happen, 20 long years had to pass. Although some of them traveled in time, others grew old and experienced great hardships.

Perhaps before episode 1,000 is released there will be a real preview of what can be expected of it.

Of course, with moderate spoilers. Those who read the manga know more or less what to expect. But what we are sure is that nobody wants another compilation.

That is, that episode 1,000 is wasted with a retrospective where the characters start to remember what happened. One of the main complaints about the One Piece anime is that, in order not to catch up with the manga, its pace was slowed down.

This is why sometimes memories appear over and over again. But let’s hope not. It will be on November 21 that this episode will premiere on Crunchyroll.

Manifesto: Every Theory about Where Vocations Come From