Home Entertainment One Piece from Netflix: how to make a TV series a success... 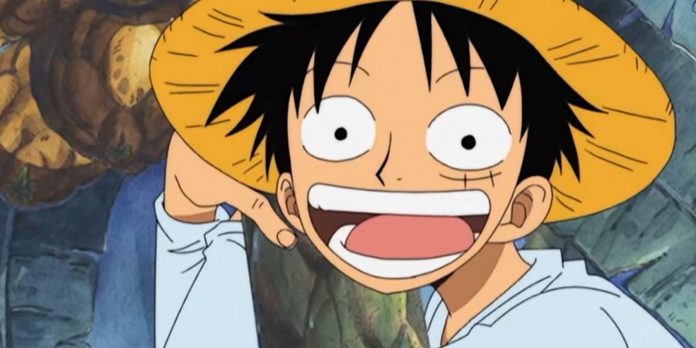 Adapting your favorite anime into a game movie or TV series is one of the most thankless tasks a creator can face. It is assumed that most of them are doomed from the moment they were given the green light, with several hundred irrefutable proofs, but just because it can fail, it does not mean that it is guaranteed.

The shameless failure of the Netflix series “Cowboy Bebop” has become the death knell for the upcoming film adaptation of One Piece. The last of a very long string of unsuccessful adaptations of live performances was famously canceled twenty days after the release of the season on the platform. One Piece soldiers without fear in the face of their predecessor’s disaster.

One Piece needs no introduction, it is one of the most popular works of art ever written. Eiichiro Oda’s ongoing senen franchise has laid the foundation for much of the anime’s modern success and has broken stereotypes over and over again. Next month, the manga will celebrate its 25th anniversary, marked by an unbroken streak of stunning success. Anime remains one of the most beloved series in the medium after more than a thousand episodes. New trends come and go in the anime world or even in the senen genre, but One Piece invariably remains among the main names. Taking all this into account, with the mountains of movies, video games and other merchandise that the franchise has spawned, it’s shocking that it took so long to screen a live-action adaptation.

Anime adaptation to live action varies in complexity depending on the esoteric nature of the series. Looking at the concept as a spectrum, you can put a more realistic anime, such as Ruroni Kenshin, on the one hand, and One Piece on the other. Kenshin moves to live action quite easily. Numerous film adaptations of the franchise are similar to a lot of other Japanese action movies, in which there is enough flavor of the series to feel special. Cowboy Bebop is somewhere in the middle of the spectrum, but the Netflix adaptation still did not meet the expectations of most fans. Money was undoubtedly part of the problem, but many productions did more with less. One Piece is a much tougher battle, and creating anything resembling manga or anime in live action will be challenging.

Among the best anime adaptations are Wachowski’s 2008 “Speed Racer” or Takashi Miike’s “The Incredible Adventures of Jojo.” Capturing the visual aesthetic is only part of what makes these films great. The filmmakers in question have extensive experience working with original and adapted stories and have a talent for determining which parts of the work are an integral part. A strong creative vision is the key to capturing the spirit of the work and transferring it to a new environment. This is a vague concept, but fans can choose examples that match it and those that do not correspond to reality. The worst live-action film adaptations challenge the original work, turning it upside down to pursue a more popular film idea. This is the sad reality in which Adam Wingard’s “Death Note” and “The Evolution of Dragon Pearls” are located.

The Bebop Cowboy adaptation is probably the biggest red flag surrounding the One Piece adaptation. Both were created for the same service, and they had multiple crew members. This series went awry in many ways, but the most unforgivable aspects were the way they treated the characters. If Netflix’s “Van Pease” accurately describes a team of Straw Hat Pirates, then everything else is in the background. Even if they make mistakes in important aspects of the narrative or deliberately discard most of the knowledge, it doesn’t matter. If every phrase from the mouth of the hero causes fans to sincerely believe that they are still watching their favorite character from the anime, the series will still be interesting to both fans and newcomers. As long as fans feel that the images of Luffy, Nami, Zoro, Sanji and the rest are true, they will be happy to hang out with their favorite pirate crew in any inconsistent quest that Netflix sends them to.

Netflix’s One Piece will not support any semblance of the storytelling format that fans are familiar with. Whatever elements of the plot remain similar to the source material, they will not be told in the same way, events will occur out of order, the pace must change, and it is still unknown how well the material will be translated. Whatever changes have to be made to fit the new environment, as long as Netflix’s One Piece understands what fans love about the crew and atmosphere, the series can still thrive. It will never replace manga and anime, both will easily survive the memory of live action series. But with the right approach, the series could stand next to a mountain of spin-offs and merchandise in this franchise whale. At best, it will be a killer entry point for a new generation of fans.