Home Entertainment One Piece: explanation of the meaning of opening the borders of Vano 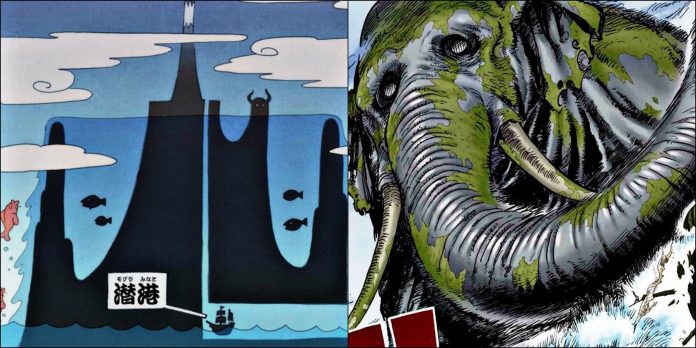 The Wano Country arc is quite possibly one of One Piece’s most important story arcs so far. The entirety of the Straw Hats’ time in the New World has slowly been building up to this arc and once it kick-started, Oda showed fans exactly why it was crucial to the story. Not only did this arc give Luffy his biggest challenge to date on his journey to becoming the Pirate King, but it also connected deeply to the One Piece itself, along with the secrets of the Void Century and the Ancient Weapons.

RELATED: One Piece: Biggest Bounty Increases In The Series

Being the crafters of the Poneglyphs, the Kozuki, who are the leaders of the Wano Country, have always been deeply tied to the overarching plot of the story. As such, it is quite easy to see that those of Wano have always opposed the World Government and when it was mentioned that this country closed its borders to the outside world, it was evident that this was done to protect the nation or hide something from the outside world. Now, One Piece has finally delivered the answer to this question.

Wano’s geography is rather strange. This was apparent as early as chapter 910 when the Straw Hat Pirates started making their way into the country. Nami mentioned that Kin’emon warned her about the barriers that protected the land of Wano from the outside world. As a country that follows the rule of isolation, it was no surprise that Wano had natural barriers protecting itself, however, the exact reason for their existence was unknown back then. What’s even more surprising was the fact that to get to Wano country, the Straw Hat Pirates had to climb a waterfall. For the One Piece world, this was nothing too extraordinary, however, it certainly raised some questions as to why the land of Wano was at such an altitude. At the same time, the water that was flowing down was fresh water instead of salt water, which is precisely why giant koi fish could swim in there. Back during the beginning of Wano, all this made very little sense, however, after chapter 1055, fans’ questions have finally been answered.

RELATED: One Piece: Shanks’ Role In The Final Saga, Explained

Once the war in Wano Country wrapped up, Oda delivered quite a lot of lore regarding the history of the country. Consequently, everything about Wano’s borders was also explained to the fans. Deep under Orochi’s castle lay the path to the Wano Country of the old. According to Sukiyaki, the Wano Country that is inhabited by people currently isn’t the real Wano, which is why it is built at such an altitude. The real country once lay at sea level and was, most likely, not an amalgam of several islands put together. Along with Nico Robin and Trafalgar Law, Sukiyaki took fans on a drive down history and several kilometers under the new land of Wano lay the country the old, completely submerged. It was revealed that during the Void Century, the people of Wano lived there. Yet, as fans know, things changed drastically and Wano ended up becoming an impenetrable fortress.

Why Wano’s Borders Were Closed

During the Void Century, those of Wano country were most likely allied with the Ancient Kingdom or, perhaps, even a part of it. Fans know already that the Ancient Kingdom fought against the 20 Kings during that time and ended up losing the war. Around the same time, the land of Wano isolated itself from the outside world with physical barriers. While Wano once lay at sea level, giant walls were immediately erected around it to protect the country or, to be more specific, something that slept in the country.

RELATED: One Piece: Where Is The Last Road Poneglyph?

These barriers caused rainwater to accumulate and, eventually, drown the old land of Wano completely. Yet, since the water was fresh water, the country itself remains preserved. Oda didn’t go into great detail as to why Wano closed its borders, however, it is easy to connect the dots now and come to the conclusion that it was done to protect the country, the Poneglyph, and the Ancient Weapon.

The Meaning Of Opening Wano’s Borders

For the longest time, fans attached a metaphorical meaning to the phrase “Open Wano’s borders,” which Kozuki Oden kept saying until his last breath. It was assumed that opening Wano’s borders means to drive Kaido out of the country or opening it to the world once again for some reason. While that is, in a way, correct, opening the land’s borders is more of a literal task. To open the land of Wano, the barrier that was once erected around it during the Void Century must be destroyed. Doing this would bring Wano of the old back to life but that’s certainly not all. The true meaning of opening Wano’s borders is to destroy the barriers and then unleash what’s been sleeping in the country for ages upon the world once again, and that is the Ancient Weapon Pluton. In the final war, it is now evident that the barriers of the country will be destroyed and the weapon of mass destruction would then potentially be used against the World Government to bring Dawn to not just Wano, but the entire world.

Halloween Ends’Jamie Lee Curtis reveals what She Learned on Set and...