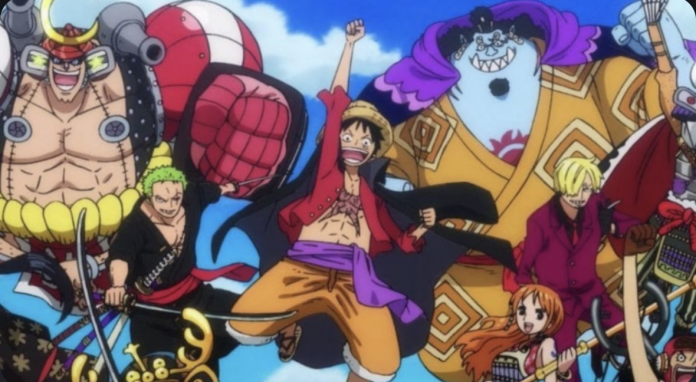 If we pay attention to what was said by an informant, it is possible that the title (or part of it) of episode 1,000 of One Piece has been leaked

One of the most anticipated moments by fans following the One Piece anime is the highly anticipated 1,000th episode. Many expect the team running the series at Toei Animation to give it their utmost effort and dedication.

Taking into account his previous work it is very possible, and perhaps for the same reason the study is promoting him a lot. Especially using illustrations of the sides that are facing each other.

Likewise, with one or another video, but without trying to advance anything. Perhaps that is why the official name has not been shared yet. However, it seems that detail has already been leaked.

A user on Twitter, who is known as @ Orojapan1, posted on this social network that it will possibly be called The Crew gets together. That is, The crew meets if it is translated literally. However, there are those who are not convinced.

The reason is that generally One Piece episode titles are never that straightforward. They almost always group two sentences together, giving an idea of ​​what to expect.

This is why some believe that it is really only the first half of the name of this episode, so the second remains to be known.

Or in which case, it is a red herring. At least it suggests that at some point Luffy’s crew will show up to take part in the battle.

#ONEPIECE
One Piece Anime Episode 1000 Title :
"The Crew gets together" pic.twitter.com/UXAEM0WPVo

At the moment there are two characters who do not know where they are, and they are Roronoa Zoro and Sanji. The first has a bad habit of getting lost, even in a closed place and the second is an inveterate Casanova.

So they haven’t been seen for quite a while in the anime and episode 1,000 would be a good way to reunite them. Opposite case of Usopp and Tony Tony Chopper, who are aboard a tank and fought against the fearsome Big Mom.

Although another that has not been seen much for now is Franky. It is to be imagined that when this episode is released it will also enter the scene. Returning to the subject of the title, at this moment you can think of anything.

But it is inevitable that the real one will be shared soon. The information will probably come from one of the television stations where the series airs in Japan, or even from Crunchyroll or Funimation.