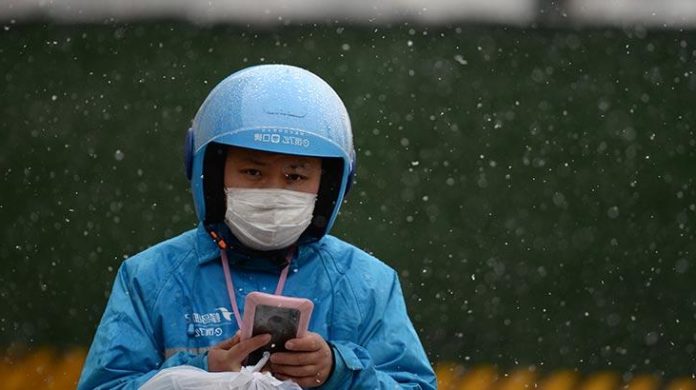 It seems that the Corona virus, which has emerged in China and spread to many countries, has begun to disrupt the psychology of the people of the region. In the different images reflected on the cameras, what some Chinese people do to transmit the Corona virus to people around can be clearly seen.

The world has been talking about the Corona virus that has emerged in Wuhan, China, and has spread to many countries. As of today, the number of confirmed cases is 71,811 and 1,775 people died, and the Corona virus has disturbed the whole world, while life in China has turned upside down. In fact, the images that we will share with you shortly show that the Chinese are starting to struggle with psychological problems.

There is currently no accepted treatment for the Corona virus. The virus has no effect in the 14-day period after it has been infected. However, both the high number of cases and the inadequacy of the measures in Wuhan significantly affected life in China. While the country’s economy was at a very serious risk, people became afraid to go out.

An image that we will share with you shortly reveals that people who have been infected with Corona virus in China are unable to think well now. Because if you have a virus that normally costs more than a thousand people, you will apply to the hospital and make an effort to prevent other people from being affected. However, some Chinese people who claim to have the virus are trying to infect the Corona virus to the people around them.

See Also
A Short Film Made for Wuhan, Corona Virus Transforms into a Ghost City

Chinese displayed while trying to infect another person with Corona virus

The interesting thing is that Chinese attempts to infect one another with Corona virus are not limited to just one incident. Another image can be seen that a Chinese is spitting on a common bank ATM. In another image, a woman spits on the keys of an elevator in which she is alone. Nobody knows why these people do such a thing.

In another image, a Chinese spits on the products on the market shelf.

A person who spits on the product on the shelf. #coronaviruspic.twitter.com/5gKPB0egvL

She twerked Nusret, her lover raided the place!

A woman dancing twerk to Nusret caught her lover

Call of Duty: Modern Warfare 2 is now free with PS...

Redmi Note 8 vs Moto G8 Plus: compare price and spec

Popular TV Show The Office Has Become ‘Viewable’ at Slack

Billie Eilish bursts against those partying in the epidemic