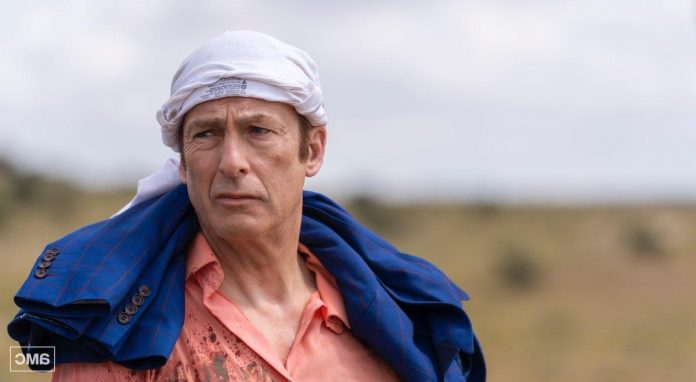 Better Call Saul showrunner Peter Gould said in an interview that the fifth season episode “Bagman” was born from an idea he discussed with Vince Gilligan while filming the series Breaking Bad.

Surprisingly, the idea came before the full concept of the Netflix prequel existed. The episode in question features Jimmy McGill (Bob Odenkirk) and Mike (Jonathan Banks) united in the desert.

Stranded in the middle of nowhere when Jimmy’s role as a stockbroker for crime boss Lalo Salamanca (Tony Dalton) goes awry, epic scenes see him ambushed by gunmen and only Mike is left to help him survive.

Gould explained how his conversations with Breaking Bad creator Vince Gilligan during the final series of Breaking Bad led to the Better Call Saul episode and his comparisons to Midnight Run, a 1988 American action comedy film starring Robert DeNiro and Charles Grodin.

“Since the last season of Breaking Bad was in the post, Vince and I used to take these long walks down the alley at lunchtime.”

“The alleys of Burbank [are] some of the ugliest streets in Los Angeles, but in a way they lead to the conversation. We were just talking about what the show would be like, and we were getting more and more excited.”

“It took us 48 episodes to get there, it wasn’t until Season 5 that we got there, but we did get there, I’m happy to say.”

It is important to remember that Gould and Gilligan worked together on Breaking Bad and are the creators of the spin-off series Better Call Saul, which has run for five seasons and will conclude in 2021 with season 6.

The Better Call Saul series launched two years after Breaking Bad concluded, and represents a prequel series that follows the character of Saul Goodman before he meets Walter White. In this sense, the actor Bob Odenkirk reprises his role as Goodman, known as Jimmy McGill in this series, although he later uses the alias of Goodman.