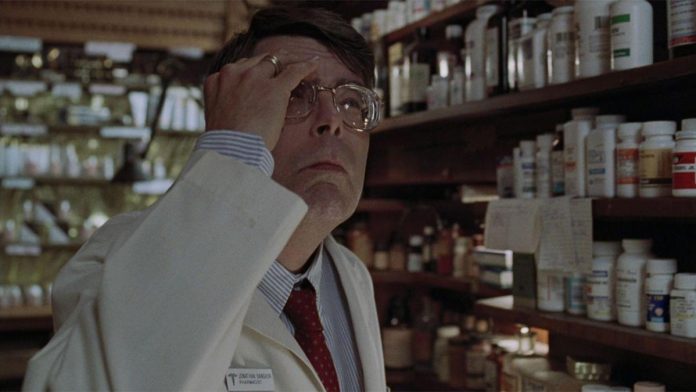 Fans of film and television have seen dozens of Stephen King stories and books adapted by Hollywood over the years… but the industry has not shown such love for the author’s famous alter ego, Richard Bachman. Between 1977 and 2007, King published seven novels under his pseudonym, but to date only two of them have been adapted into films.: “Running man” and “Losing weight”.

Now screenwriter George Cowan and Bohemia Group are making efforts to change these figures, as the director and the company are now developing the first-ever film adaptation of Richard Bachman’s incredibly strange 1996 novel “Regulators.”

Information about this new project comes from Deadline, which says not only that the Bohemia Group has chosen a book for adaptation, but also that the script is already ready. The report says that Stephen King has already approved the script in development, which was partially developed by executive vice president and producer of Bohemia Group Justin Ross.

“Regulators” is a work with a strange history, since Stephen King previously called for the “murder” of Richard Bachman in the mid—1980s after his previously secret pseudonym was exposed. However, King decided to bring back the Bachman name in the mid-1990s, when he had a clever idea to try to write a couple of books that would be released simultaneously; they would share common characters and story elements, but they would have completely different plots and they would be written by different voices. On September 24, 1996, two volumes were presented in bookstores everywhere: “Despair” by Stephen King and “Regulators” by Richard Bachman.

Blending elements of science fiction and western, The Regulators takes place in the fictional suburb of Wentworth, Ohio, and tells the story of a large ensemble of characters as their neighborhood is besieged by supernatural forces. It all starts when an eight-year-old autistic boy named Seth Garin becomes possessed by an evil entity that allows his imagination to become reality, and hybrid creatures from Seth’s favorite TV show and favorite movie begin to attack and kill adults and children who live. on his block.

As already noted, the “Regulators” will be adapted for the first time. Director Mick Garris previously filmed a TV adaptation of Despair with a Stephen King TV show, and it was shown on ABC back in 2006. Weber et al.

If “Regulators” is put into production and released, then only four books by Richard Bachman will remain without adaptation: “Rage” 1977, “Long Walk” 1979, “Road Works” 1981 and “Flame” 2007. It is unlikely that we will ever see a movie or TV version of “Fury” (the controversial book that Stephen King stopped publishing), but there are rumors about a film version of “The Long Walk”. In addition, there have been reports that director Edgar Wright is working on a remake of Running Man, which will be much closer to the source material than the 1987 film starring Arnold Schwarzenegger.

To keep up to date with all the adaptations that are currently in development, check out our guide “Upcoming Films and TV shows on Stephen King”, and our weekly column “Adaptation of Stephen King” provides a detailed overview of the history of King’s works on big and small. screens.