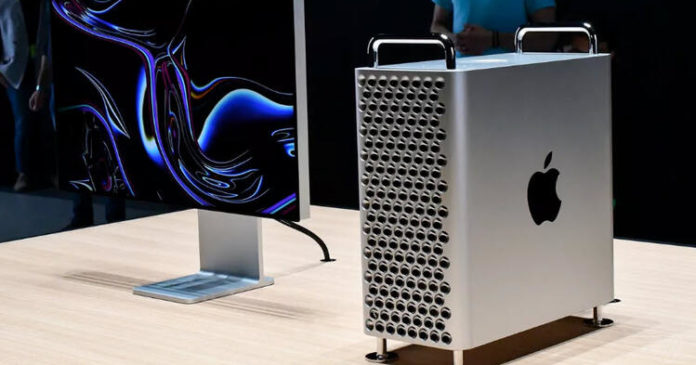 A man named Jonathon Morrison opened 6,000 Google Chrome tabs on his Mac Pro device, pushing the limits of the computer. Morrison shared these moments on his Twitter account, and he had fun moments for his followers.

The new Mac Pro device introduced by Apple at the WWDC 2019 event was offered for sale in our country with its fairly spoken price. While the standard version of the device had a price tag of 42.999 TL, its full package was able to increase to herpes prices of 420 thousand TL. Offering 1.5 TB of DDR4 memory support, it was quite curious what this full package could do.

Apparently, we are not just curious about the answer to this question, because a man named Jonathon Morrison opened 6,000 Google Chrome tabs on his Mac Pro device and tested the computer’s limits. Morrison, who shared the developments on his anbean Twitter account, also managed to entertain his followers with fun postings. If you wish, let’s take a closer look at this relentless struggle of Mac Pro against Google Chrome without further ado.

Morrison, who said at first that Google Chrome was using ridiculously 75 GB of RAM, then asked to see what would happen if it did much more. At this point, Morrison opened 2000 tabs in Google Chrome in the first place and then pushed the limits of Mac Pro up to 3000. Until then, everything was fine and Chrome was only using 126 GB of RAM.

Taking the business to the next level, the man continued to open the tabs without getting tired and said that when he reached 5000 tabs, he used 170 GB of RAM. 6000. Mac Pro, which did not perform so badly until the tab, then suddenly started using 857 GB of memory.

Morrison, who said that the computer could explode in humorous language when it reaches 6,000 tabs, revealed the last point reached in a twit she shared later. As it appears on this twit, Chrome’s RAM usage has reached 1,401.42 GB. It is not known what happened to Mac Pro after this point, but it is obvious that it performed quite well.

With this test, we also learned what 1.5 TB of memory in the full package of Mac Pro can do. Leaving aside its price, we can say that the performance of the device is really high.