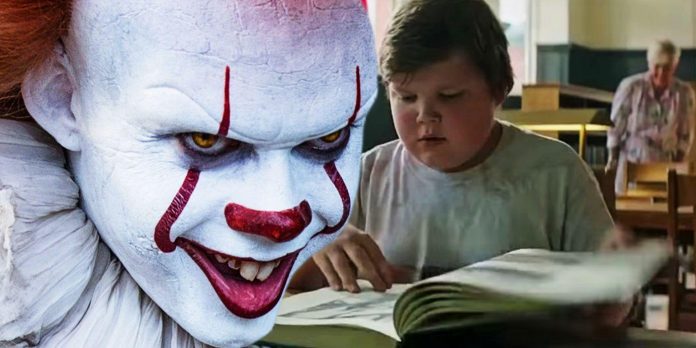 One of the many forms of Pennywise It serves as a secret hint to Stephen King’s darkest story. Stephen King has written some really disturbing stories over the decades. Despite the fact that many of the writer’s works have been perceived by mainstream horror readers, some of King’s most disturbing works have not yet been adapted due to their shocking content.

While some of King’s ideas, such as the Turtle Maturin spewing the universe, are too ambitious and weird to be included in the adaptation, other elements of the writer’s work are simply too dark to get adapted. Just as the infamous sewer scene had to be cut from both the movie and the miniseries adaptation of the bestseller, the story “Library Policeman” will most likely never be adapted because of its graphic content. However, despite this fact, the film adaptation of “It” contains an indirect reference to King’s darkest story.

Related: Even the original script didn’t touch on Stephen King’s most shocking scene

The librarian who smiles behind Ben in the first It movie (before reappearing at her desk a second later) resembles Ardelia Lorz, an ancient evil being who transforms into a creepy old librarian to feed off the fear of children. very similar to Pennywise. Ardelia Lorz is the antagonist of the story “The Policeman from the Library”, a dark and disturbing novella presented in “Four past Midnight”. Some of King’s best short stories have never been filmed, but “Library Policeman” is a rare story that will most likely never be realized on screen. This is due to the fact that the novella is centered around a graphic scene of child molestation, and this turning point is central to the plot of the story, making it perhaps the darkest work in King’s extensive back catalog.

The plot of “Library Policeman” concerns a creepy middle-aged businessman’s trip to the library, where he meets an elderly Ardelia Lorz. Unlike Pennywise, Ardelia Lorz does not turn into a monster in front of the hero of the story in the library. Instead, it’s only a few days later, when his love interest informs him that Ardelia Lorz died many years ago, that the character realizes something is wrong. In a twist that mirrors Pennywise’s “It” backstory, Ardelia Lotz turns out to be a form adopted by an ancient, ageless evil entity that feeds on the fear of young children. Unfortunately for the hero of the story, when he encounters the creature, Ardelia Lotz can evoke repressed memories of her childhood trauma at the hands of a titled child molester.

The content is explicit, but relatively well handled in King’s story, which is nevertheless an invigorating and stressful read that won’t suit many readers. However, the memories of the hero of the story are too disturbing to be tastefully embodied on the screen, which makes a possible adaptation of the “Library Policeman” useless. Thus, the disguise of Librarian Pennywise is probably the closest that viewers will see on the screen of his distant relative Ardelia Lorz, which makes this Easter egg a smart nod for Stephen King fans.

How To Activate The Bat-Signal Of Batman In Google: The Easter...