Home News One Billion Dollar Position in One Hour Liquidated

The decline in the cryptocurrency market resulted in the liquidation of a $ 1 billion worth of positions in the futures market in just one hour. While Bitcoin and altcoin prices fell sharply, most of the positions affected were long positions.

The total value of the cryptocurrency market has dropped from $ 905 billion to $ 845 billion. This $ 50 billion shrinkage in the market pushed the bitcoin price below $ 30,000. This decline directly affected tens of thousands of futures traders.

One billion dollars closed in an hour

According to Bybt data, the positions of more than 176 thousand traders have been liquidated in the last 24 hours. The total value of these positions was $ 2.29 billion. $ 1 billion of this was due to a drop in just one hour.

79% of the positions that were liquidated in 24 hours were long positions. 34% of these are from Binance; 23% came from Huobi. The total value of open positions in the futures market is $ 9.68 billion.

According to Glassnode data, a long position worth $ 190 million was liquidated at Binance in just 10 minutes. It has been stated that such a large amount of positions have not been liquidated in such a short time until now. 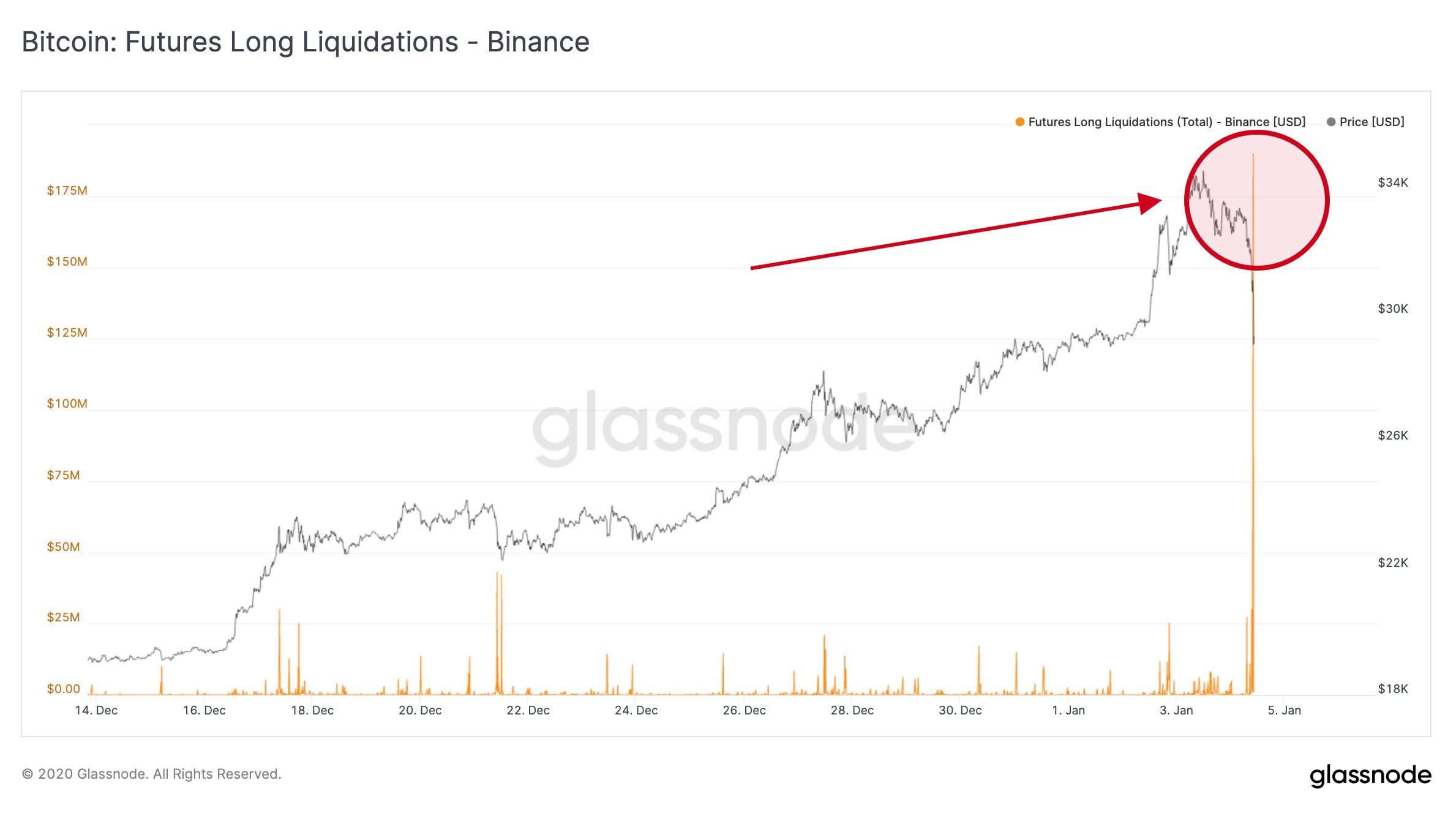 Instagram will have life for up to four contributors