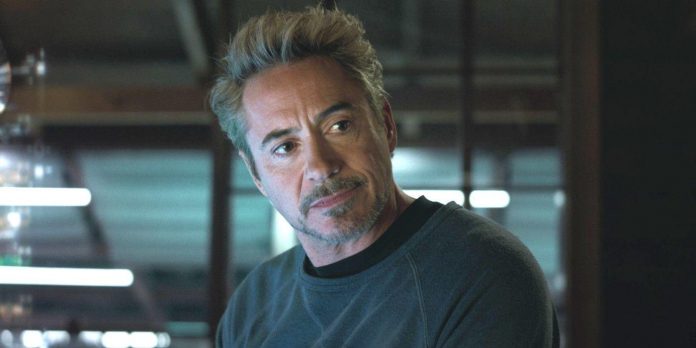 “Miss Marvel” star Iman Vellani confirms that Marvel has released a fake leak from the set of “Avengers: Finale.” Marvel Studios always diligently protects its films from spoiler leaks. But that doubled in the months before the release of 2019’s fourth blockbuster, “The Avengers.”
“Avengers: Finale” was certainly one of the most anticipated films of all time, right up until its release at the end of December 2019. This is easy to understand, given the events of his predecessor “Avengers: Infinity War”, in which, as you know, Thanos with one click of his fingers crossed out a number of main characters, including Black Panther and Spider-Man, leaving their fates in the air. . The mystery of how all this will be resolved in the “Finale” naturally led fans to an even more feverish level of theorizing than usual. And all this fan frenzy, of course, forced Marvel to be even more vigilant than usual in protecting the precious secrets of the film.
Link: Ending Theory: Why Iron Man Had to Die to Save the Universe
Some of the secrets of “Avengers: Finale”, of course, leaked, despite Marvel’s high level of security. But it has now been confirmed that at least one “leak” from the film was a deliberate mistake made by the studio to throw fans off the scent. During her recent AMA on Reddit, “Miss Marvel” star Vellani casually mentioned an infamous photo from the set of “Finale” showing the apparent return of Tony Stark’s BARF technology (first introduced in “Captain America: Civil War” and then shown in “Spider-Man: Far from Home”). invented by Mysterio), and let’s forget that this photo (which can be seen below) was actually disinformation. She said (via Games Radar):
“I really left the [Marvel Studios Spoilers] subreddit for two years during Infinity War/Finale when I saw the leaked photos from the BARF case, which turned out to be a complete misdirection by Marvel security. They literally planted it! And now I have so much respect for the Marvel security team.”
Marvel’s security team can indeed now contact Vellani for leaking information about their previous leak. Of course, it’s no surprise to learn from Vellani that Marvel is willing to resort to outright tricks when it comes to protecting their secrets. This became more obvious than ever last year when Andrew Garfield, the star of the movie “Spider-Man: No Home,” literally lied in an interview about his participation in the film, later admitting that he really liked the game of cat and mouse. Kevin Smith also once stated that Marvel has a full-fledged “secret police” whose job is to root out leaks and from time to time spread false information to throw fans off the trail. The emotional effect of all this secrecy did not go unnoticed by the MCU stars either. As one example, the star of the TV series “Secret Invasion” Emilia Clarke recently admitted that she was afraid to miss spoilers, and joked that, in her opinion, an undercover agent of the Marvel security service was watching her house.
Some of this, of course, falls under the category of good fun associated with movies, which, ultimately, are just entertainment. But at the same time, there is an undeniable cloak-and-dagger quality to the idea that Marvel’s security service is engaging in literal misinformation, which moves into a somewhat sinister realm. Given the financial stakes associated with films such as Avengers: Finale and any other MCU project, of course, it’s not surprising that Marvel resorts to such methods of protecting its secrets. Now, thanks to Vellani’s leak, fans know they should probably think twice before believing in the authenticity of any additional information that comes out of the Marvel production.

How the new power of the boy soldier works in the...