Home Entertainment One adaptation of Stephen King has been in development for ten years,... 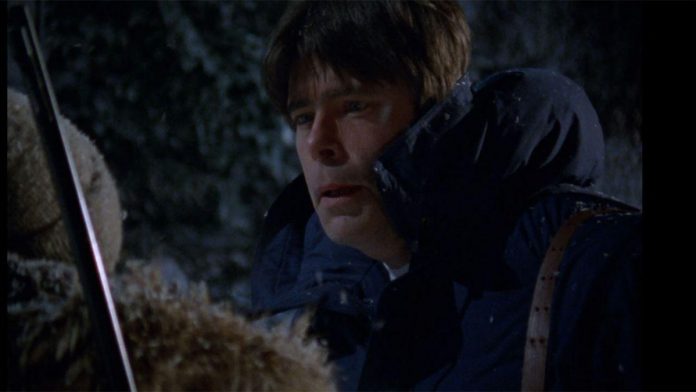 “The Breathing Method” is a novella that exists in an odd place in the legacy of author Stephen King and the history of Stephen King adaptations. The story is one of four that is included in the beloved 1982 collection Different Seasons, and while the other three titles in the omnibus have inspired adaptations – namely Frank Darabont’s The Shawshank Redemption, Rob Reiner’s Stand By Me, and Bryan Singer’s Apt Pupil – it is a work of fiction that presently only exists on the page.

Back in 2012, director Scott Derrickson and screenwriter Scott Teems began efforts to change that history, developing a movie based on the novella with Blumhouse Productions. And while it’s been about a decade since the project was first announced, the filmmakers are not giving up on the idea that it could exist someday in some form.

With his new movie, the critically acclaimed The Black Phone (based on the short story by Stephen King’s son, Joe Hill) set to arrive on Blu-ray next week, Scott Derrickson was recently a guest on CinemaBlend’s ReelBlend podcast, and The Breathing Method was a project that came up in conversation. The filmmaker was asked about the idea of making a King adaptation at some point in the future, and Derrickson explained that he still has hope for his big screen version of the Different Seasons novella:

There’s a story of his that I was involved with, an adaptation that was actually a pretty good script adaptation that Scott Teems wrote. Who’s the writer of the last, I think, two Halloween movies. Scott’s a good friend of mine. And I brought him the short story for The Breathing Method, which is the fourth short story in [Different Seasons], which includes The Shawshank Redemption and The Body, which became Stand By Me, and Apt Pupil. So The Breathing Method is the only short in that book that has not been adapted yet. It’s a great short story. I think it’d make a great, great horror film.

“The Breathing Method” is a strange story in that it has two different narrative levels. The narrator of the story is a lawyer who is invited to join a tremendously exclusive New York men’s club. The group meets in a gorgeous space with books and games, but the gentlemen’s true passion is storytelling.

The title of the novella comes from a tale that the narrator hears told by an elderly physician named Dr. Emlyn McCarron, who discusses his experience with a pregnant woman named Sandra Stansfield from when he was practicing medicine back in the 1930s. To help her with her labor, Dr. McCarron has her practice a technique called The Breathing Method – and while I won’t get too far into the details, I will say that the story has a macabre and creepy conclusion.

Earlier this year, I had the chance to interview screenwriter Scott Teems, and he went into more detail about the long road that the Breathing Method movie has taken through development hell. The screenwriter credits the project for helping him forge relationships with Scott Derrickson and producer Jason Blum, but explains that the development hit a brick wall because there was a point when the movie was sold to The Weinstein Company. Said Teems,

I’m trying to get it back in the works. It’s a project that’s had many lives, and yeah, we’ll see. I optioned that story myself originally about 10 years ago. And that’s actually the project through which I met Jason Blum and began our relationship, which we’ve now had for a decade working together. I wrote it as a movie, and Scott Derrickson was gonna direct it, and we brought Blum on to produce it. And then we sold it to Harvey Weinstein, and that was in 2013, and then it got caught up in all the Weinstein fallout a few years later.

In 2017, Harvey Weinstein was accused of sexual abuse by dozens of women, and in 2020 he was found guilty and sentenced to 23 years in prison. The part of the “fallout” that Scott Teems is referring to is the fact that The Weinstein Company was forced to declare Chapter 11 bankruptcy as a result of the scandal.

There admittedly isn’t a high number of projects that have managed to survive a decade in development hell with the original filmmakers still attached, but Scott Teems is determined to have The Breathing Method be one of them. The adaptation has evolved over the years, and been changed for different mediums, but the writer has faith that it will one day get made in some form. Said Teems,

It’s had different lives. It was a TV show at one point; it was a movie again. And who knows what it’s gonna be now! I’m trying to pull it out from under the rubble of all that. I have hope for it. It’s one of my favorite stories of all the King stories, and I love the adaptation and I’m excited about it. So here’s hoping!

The sibling stories to “The Breathing Method” in Different Seasons inspired two of the best Stephen King movies ever in The Shawshank Redemption and Stand By Me, and if the adaptation has even half the quality of either of those movies, it will hopefully get financed tomorrow.

While waiting for The Breathing Method to finally come together, horror fans can check out Scott Derrickson’s The Black Phone, which is now available for digital rental and purchase (opens in new tab), and the Blu-ray arrives on Tuesday, August 16. To keep track of all the Stephen King projects that are in the works in Hollywood, our Upcoming Stephen King Movies and TV guide is a great resource, and our Adapting Stephen King column has been exploring the long history of King adaptations weekly since May 2021.

Oblivion’s Strange Glitch Shows an NPC With a Twisted Neck