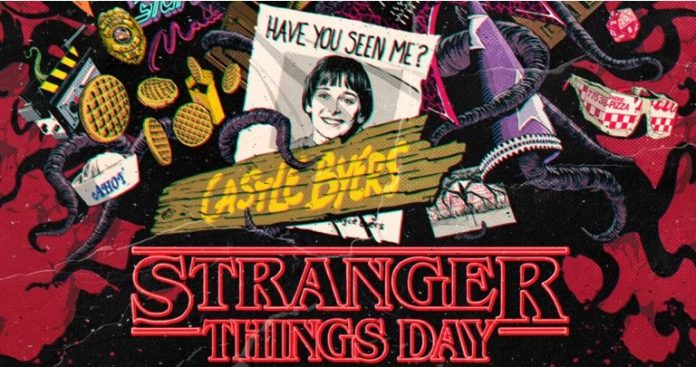 Some shows, fictional characters or movies live in us. They become a part of ourselves that we cannot separate. “Stranger Things” is one of these shows that has become a part of our lives. So we can’t wait for the last chapter to be released on the streaming giant. Well, while you are waiting with us, we have an amazing and charming theme for you on a Day of very Stranger Things.

Since the day this original Netflix show started airing, it has received huge love from viewers. Each character and the whole plot are so intriguing that it is impossible to tear yourself away from watching, starting. Therefore, from the very beginning, the show became a cult. Every year on November 6, Netflix celebrates the Day of Stranger Things. This time they shared adorable photos from behind the scenes. Let’s take a look at them.

The day of “stranger things” became special thanks to this surprise

At the end of season 4, we saw a lot of chaos. We saw the dying fan-favorite character Eddie Munson. In the end, everything was so haphazard when the beginning of the fifth and final chapter of the show was shown. Before it hits Netflix, here’s a surprise for all of you on a Day of very Stranger Things.

As a fan of the show, you should know that every year November 6th is a special day because it was the day Will Byers (Noah Schnapp) first went missing in 1983. Well, this year Netflix has shared 20 never-before-published photos. from the filming of the show.

Fans are excited about behind-the-scenes shots

This is the kind of show that makes you fall in love with him, so the fans reacted to these tweets and became emotional. While everyone is waiting for the final chapter, this is how fans express their love for the series.

Although these fans have their own demands and feelings about the show, what about all of you? Are you also excited about the latest chapter of a sci-fi show about the supernatural? How would you celebrate this special day?

How She Hulk Fans Bring Ryan Reynolds’ Deadpool To The Post-Credit...