Home Entertainment “On my first day” — Will Smith Celebrated The Birthday of His... 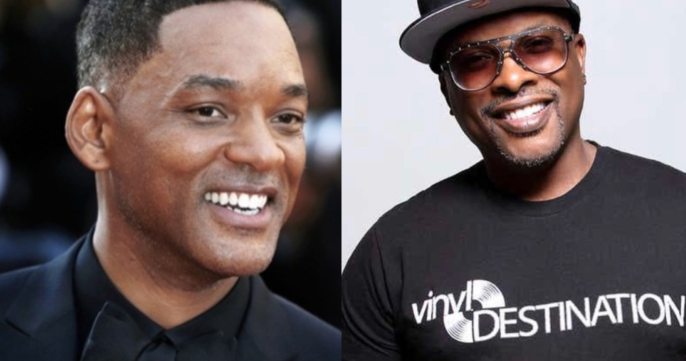 Will Smith sent everyone on a nostalgia trip with his birthday photos of Jazzy Jeff. The actor has been working in the entertainment industry for more than three decades. This means that he has quite a lot of friends who have developed with him since a young age. One of these friends is Jazzy Jeff.

These two, in fact, started their careers together. Prior to his acting career, Smith was a rapper trying to break into the music industry. He and Jeff were known as a hip-hop duo that operated from 1986 to 1994. At the time, Smith’s stage name was Fresh Prince. Based on this, his series “The Fresh Prince of Beverly Hills” was created. On Sunday, Smith took to social media to honor his friend’s birthday.

Will Smith congratulated DJ Jazzy Jeff on his birthday.

Smith refreshed his Fresh Prince days with a post about the birthday of his old buddy Jazzy Jeff. The I Am Legend actor took to Instagram to share photos with his friend. On January 22, the DJ, whose real name is Jeffrey Allen Towns, turned 58. Smith signed the birthday post: “Snazz!! Happy birthday, my first day, Gorgeous.” He tagged this friend, who responded in the comments with laughing emoticons. The first photo in the post was new, and the other two were from their old times. In the third photo, the DJ was wearing a funny mask.

Some of the songs they wrote together were Summertime, Girls Ain’t Nothing but Trouble, A Nightmare on My Street, etc. They even won a Grammy Award for Best Rap Performance for their song Parents Just Don’t Understand. Although Smith switched his focus to acting full-time after the success of his sitcom The Fresh Prince of Bel Air, they performed together in 2019 as a reunion for fans.

Even though they didn’t make music together, they continued to support each other. When Will Smith was sharply criticized for hitting Chris Rock at the Oscars, his old friend subtly defended the actor’s mistake. While he acknowledged Smith’s mistake, he also explained that the actor is “just a human being.”

What do you think about the charming post of the Fresh Prince for DJ Jazzy Jeff’s birthday? Comment on your thoughts.

Skull & Bones is Still Alive With a Contribution of US$...

Manchester United Will Fight Tottenham and Chelsea For David Raya From...