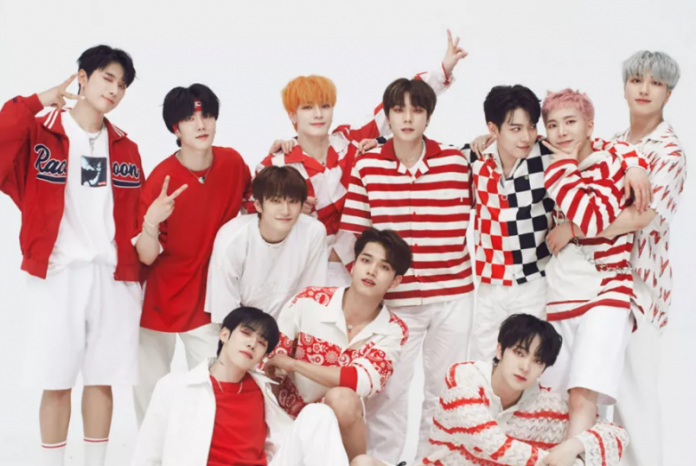 OMEGA X agency has published a brief response to the allegations of violence against the band members.

On October 23, one of OMEGA X’s fans shared on Twitter what he allegedly witnessed in Los Angeles while attending a band concert. According to the fan, they were waiting for the food delivery outside when they “saw the agency CEO beating [OMEGA X members].”

A fan wrote: “My hands were shaking so much that I didn’t know what to do. The participants were beaten right in front of my eyes, but I couldn’t do anything.”

The fan also posted an audio recording of the CEO of the OMEGA X agency shouting at the group and apparently hitting the members. The woman on the recording can be heard saying: “Have you ever done this for me? When I was going through such difficult times, did he ever take care of me?”

When a man’s voice says something in response, a woman shouts: “Hey, who do you think you are?!” A man’s voice says: “But it’s about to collapse,” to which the woman angrily replies: “I’ve fallen before!” Then you can hear something or someone falling loudly, to which people react with a frightened murmur, before the woman says, “Get up.”

After that, another person asks the woman, “What are you doing?” and a voice can also be heard whispering about the camera. The disturbing clip ends with crying, and the woman continues to talk.

In a series of tweets , the man wrote:

Hi, so I’m not an omega X fan and I don’t know them well, but I would like to talk about what my mom told me about what happened at the airport yesterday. I don’t know if I can talk about it here, but I think it’s important to do it.

my mom was on vacation in Chile (we’re from Argentina) and she was supposed to be back on Monday, but the flight was canceled, so she had to stay at a hotel there (where Omega x also stayed).

when she was having breakfast, she saw two boys (members of omega x) being yelled at by a woman (whom she thinks is [their] manager or something like that). she thought maybe they were celebrities because their faces were covered with caps and masks.

then she found out that they were from a k-pop group called Omega X. after that, she saw them again at the airport, waiting for a flight, and the same woman shouted at them in front of everyone. my mom and her friends couldn’t believe it, and she told the woman to stop yelling at them. then the woman left and nothing else happened, but she told me that the participants bowed to her as a sign of gratitude.

when I heard about it, I was really stunned, and my mom told me that she was very sorry for them, they looked very respectful and friendly.

I really can’t believe how the company doesn’t do anything about it, and I’ve also read about the situation with their tour.

in fact, my mom told me to file a complaint with the company because they can’t be treated like that. I’m not familiar with the band, so I don’t really know what to do, but I wanted the fans to know about it.

please help spread this so that we can prevent similar situations from happening again.

hi, so i'm not a fan of omega x and i don't know them well but i would like to talk about something my mom told me about what happened yesterday at the airport. idk if i can talk about this here but i think it's important to do so#omegax @OmegaX_members @OmegaX_official

After the alleged audio recording of its CEO was released on October 23, OMEGA X SPIRE Entertainment responded to the allegations by commenting, “We will make a statement after fact-checking.”

OMEGA X, which debuted last year, is a project group consisting entirely of idols who have already debuted in other groups (most of which have disbanded). Eight of the 11 band members also participated in audition programs or survival shows such as Mnet’s “Produce 101 Season 2”, “The Unit” on KBS 2TV, “MIXNINE” on JTBC and “Under 19” on MBC prior to their debut with OMEGA X.

ARMY Makes Visible The HARASSMENT They Receive For Being BTS Fans