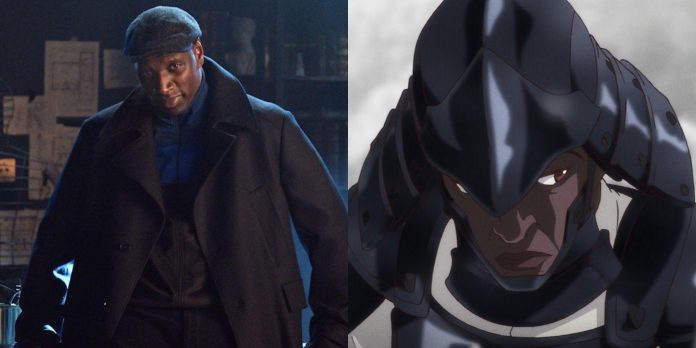 Netflix has officially chosen Omar Xi to play the first African samurai in the upcoming Yasuke original series. The live-action series will be the second time the streamer explores an enslaved African brought to feudal Japan, who became the first non-Japanese samurai in the country.

The five-part series from Netflix will unite the streamer with some familiar collaborators, such as the famous screenwriter Nick Jones Jr., who will write the script for the live-action adventure. Jones was an important component who helped create the anime adaptation of Yasuke, which premiered on Netflix last year. Jones was the head writer of the anime series, and now he will be allowed to bring to life the famous true story of Yasuke in the form of live action.

According to The Hollywood Reporter, Cy will officially join the series to star in Jones’ new take on the historical figure. The famous Lupin star will try to take the place of a real-life legend who defied the obstacles in front of him to leave an incredibly lasting mark on history. “I’ve been inspired by Yasuke for a long time,” Xi said. “With this excellent team, we are creating a wonderful series that demonstrates what it means to be an African samurai in the history of Japan.” The famous star of “Lupin”, along with Jones, will become the executive producer of the series.

Netflix’s anime adaptation of Yasuke was well received by critics, earning 93% on Rotten Tomatoes, with many praising the series for its beautiful animation and skillful combination of fantasy and history. In addition, the popular series had an incredible cast, including Atlanta star Lakeith Stanfield, who voiced the main character. Nevertheless, the live action of the symbolic figure will be aimed at moving away from the fantastic elements and focusing on Yasuke’s rise in feudal Japan and his friendship with samurai Oda Nobunaga.

Apart from the casting of Cy and the return of Jones to write the script of the series, little is known about the project. As events unfold, the picture should become clearer, but until then, viewers will have to wait patiently for the coming months.

It will be interesting to see how Jones’ vision of Yasuke moves from an anime atmosphere to a live-action setting, where realism will play a crucial role in bringing the revered figure to life. Xi will undoubtedly add a unique touch that will appeal to viewers, but only time will tell whether the series will honor the legendary figure accurately and respectfully.

Yasuke, an anime series, is currently available to watch on Netflix.