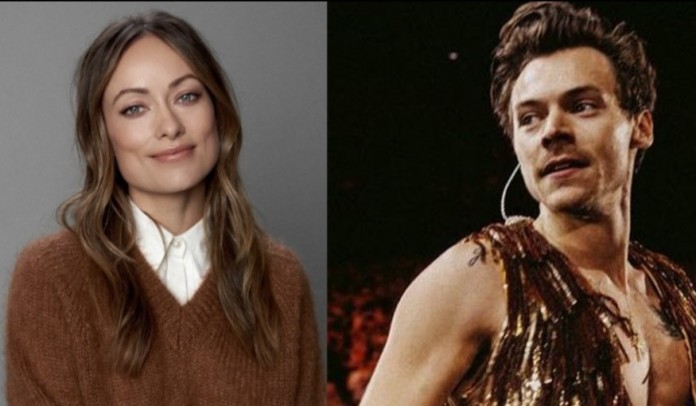 Film director Olivia Wilde talks about her courtship with Harry Styles, as well as the happiness she feels thanks to their connection.

Harry Styles‘ US tour called ‘Love On Tour’ came to an end a few days ago. The concerts may have been in the past, but the moments that were lived in the presentations will remain in the memory of his followers. One of them was Olivia Wilde’s dance of happiness, with her children, while she enjoyed the live music of her current partner.

Olivia Wilde recently did an interview with the American edition of ‘Vogue’ where she put her secrecy aside to talk about what it’s like to be in a relationship with someone ten years her junior. Although the singer did not refer to Harry Styles directly during the conversation, she did say that her “friend” gifted her with personalized beaded necklaces with the names of her children. This accessory is very common in the interpreter of “Woman”.

Rumors about her dating began when the two were on the set of Wilde’s film, “Do n’t Worry Darling.” Later, they were caught holding hands in meetings with friends, and during their yacht trip along the Italian shores.

Her conversation with ‘Vogue’ became her first interview to address the criticism she received for having a relationship with a man younger than her (Harry 27, and the film director 37). The also producer took the opportunity to clarify that the negative comments that there are due to her age difference do not bother her on a “personal level” and she showed that she is happy:

The film director did not give many details about her courtship, but she mentioned that when you are really happy, it does not matter the comments that come from outside. In addition, she added that it is important to stay true to what you want, as well as the people around you.

“In the last 10 years, as a society, we have placed much more value on the opinion of strangers than on those closest to us. I’m happier than ever. And I’m healthier than ever, and it’s wonderful to feel that, ”she said.

Thanks to a source close to the couple who spoke with Entertainment Weekly, it is known that Olivia Wilde and Harry Styles “love each other very much and have a deep connection.” As demonstrated during ‘Love On Tour’, the tour that, according to Billboard data, raised $ 94.7 million with 719 thousand tickets sold during 42 shows around the United States.